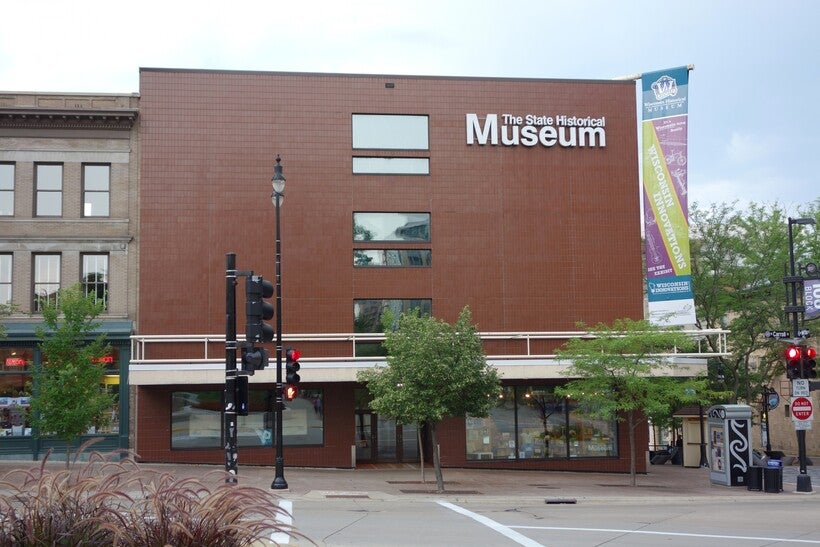 The total project will cost $100 million, and Evers' budget would supply $70 million of those funds. The rest will come from private donations.

The budget proposal notes that staff at the Wisconsin Historical Society have wanted to revamp their museum, which is housed in an old hardware store, for several decades. They hope to turn it into a "21st-century museum."

"We actually turn some people away unfortunately," said Overland.

Overland said the rebuilt museum will be able to better accommodate their collection — both with artifact-friendly, temperature controls and additional display space.

The Historical Museum has in its possession the papers of Daniel Boone, letters from Thomas Jefferson and the shawl that President Abraham Lincoln wore on the way to his inauguration and throughout his presidency, Overland said.

Visitors can't currently see these artifacts because exposure to the museum’s air would damage them. The new museum will have updated climate controls so they can match the temperature and moisture needs of their collection.

Expanded exhibition space will also allow the museum to display some more colorful artifacts, such as the Oscar Mayer Weinermobile. It’s fully restored, and once the new museum opens, Overland said, visitors will get to sit in it and get their picture taken.

"As well as, of course, listen to that lovely jingle, 'How I always want to be an Oscar Mayer weiner,'" he said, laughing.

The interactive exhibit gets at one goal of the project: fostering the public’s engagement with their history.

"The new museum is going to democratize our collections," said Overland. "What the new museum is all about too is bringing history to life in a dynamic and educational way."

Overland described a digital initiative through which they connect museum visitors to historical sites across the state, as well as "digitally connect to all 72 counties."

He envisions future school children visiting the museum and talking, via video connection, with underwater archeologists conducting shipwreck dives in Lake Michigan, or people in counties far from Madison chatting face to face with curators.

Public engagement seems embedded in the strategy of the rebuild, as well. Overland said they're visiting 44 communities across the state to gather ideas about what stories the new museum should tell.

"This is a museum that’s being designed for the people, by the people," Overland said.

On March 20, museum staff will be in Appleton for a "Share Your Voice" event; people can visit the website to see where they’ll be next.

Former Democratic Gov. Jim Doyle and Republican Gov. Tommy Thompson are working closely with the Historical Society on the project.