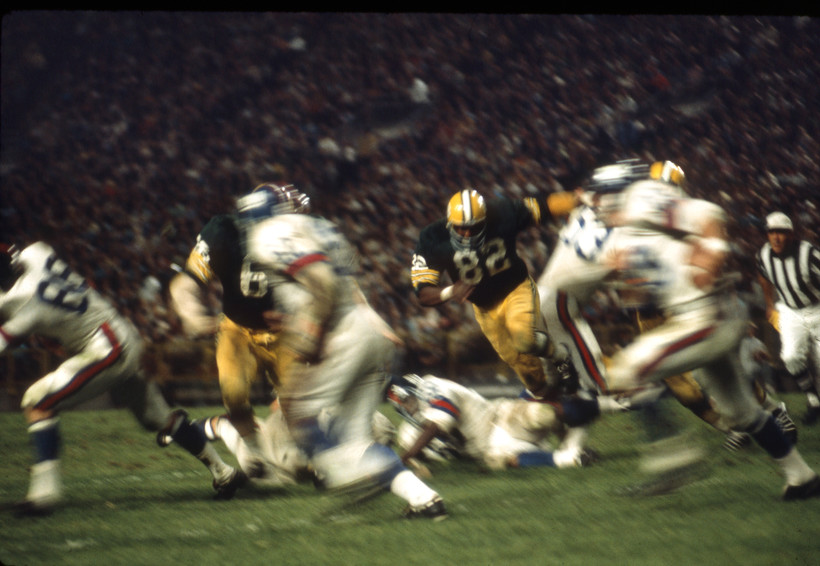 In a blur of excitement Lionel Aldridge (82) and Ray Nitschke (66) push through the Giants offense. In their one meeting of the 1969 season at Lambeau Field, Green Bay reigned victorious over New York. Photo courtesy of the Neville Public Museum of Brown County

As the Green Bay Packers gear up to celebrate their centenary in professional football, the city's Neville Public Museum is highlighting the contribution of the team's first African-American players in a new exhibit.

"The Green Bay Packers played their first season in 1919, but African-American players have only been part of the story since 1950," Neville Public Museum executive director Beth Lemke said in an email. Adding that the exhibit — called "Delay of Game" — will help visitors "Discover how the experiences, challenges, and contributions of African-American players have changed this community." 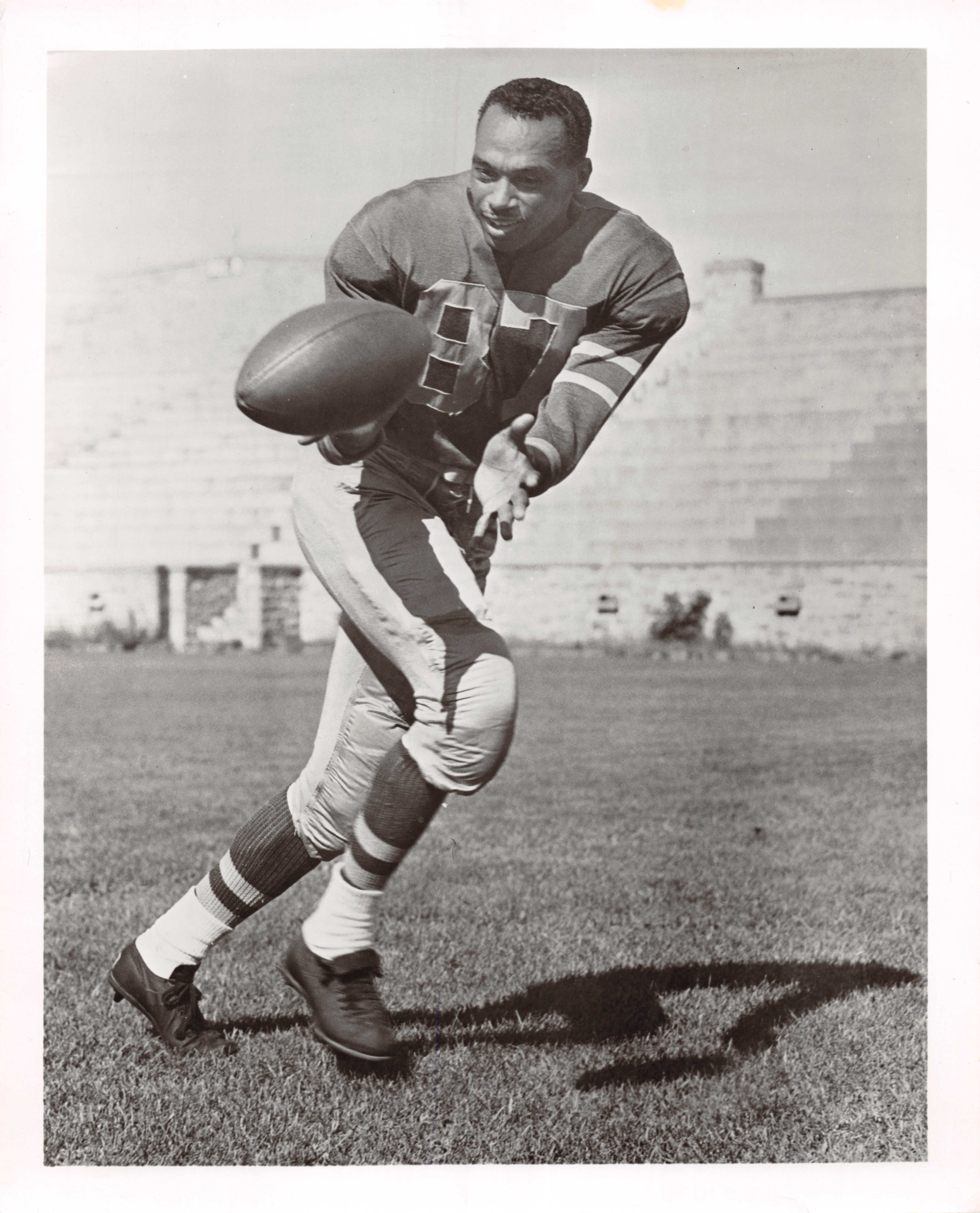 Bob Mann, the first African-American to play for the Green Bay Packers. Photo courtesy of the Mann Family

One of the players the exhibit celebrates is wide receiver Bob Mann.

At the end of the 1950 football season, Mann broke the Packers’ color barrier, becoming the team's first African-American player. He went on to play for the Packers from 1950 to 1954.

Before making his way to Green Bay, he played for the Detroit Lions from 1948 to 1949 — again as the team's first player of color.

Mann’s wife and two daughters were at the museum Tuesday to share his story.

"He always said he had just two jobs, two things to focus on. One was catching the ball and the next was running it into the end zone for a touchdown," his daughter Marjorie Mann said of her father.

But it wasn’t always easy for Mann and other players of color in mid-century professional sports.

Mann’s widow, Vera, said while her husband was proud to have integrated two teams, he had his share of discrimination to cope with.

"When he joined the team he could not stay in the hotels where the teams were playing or even where they were based in Green Bay," Vera Mann said. "They had to find a little shack that didn’t have heat or water, but that is all that was available to him at that time."

But as far as his experiences with racism, Mann's other daughter Marilyn Matthews said, "He said it was a sign of the times and just politics ... So he did not really think a lot about race, as odd that sounds."

She added that her late father was mostly in it for the game.

"He just tried to play his game, do what he needed to do and receive footballs which is what he was here to do," Matthews said.

After his football career, Mann went on to graduate from Detroit College of Law, later working as a defense attorney in Detroit.

Mann was inducted into the Packers Hall of Fame in 1988. He died in 2006 at 82 years old, just a week after greeting fans at a ceremony at Lambeau Field.

Tunnell played for the Packers from 1959 to 1961, and according to Lemke, was the first African-American player to be inducted into the Pro-Football Hall of Fame.

White played for the Packers from 1993 to 1998, marking what Lemke called a "pivotal moment in Packer history." 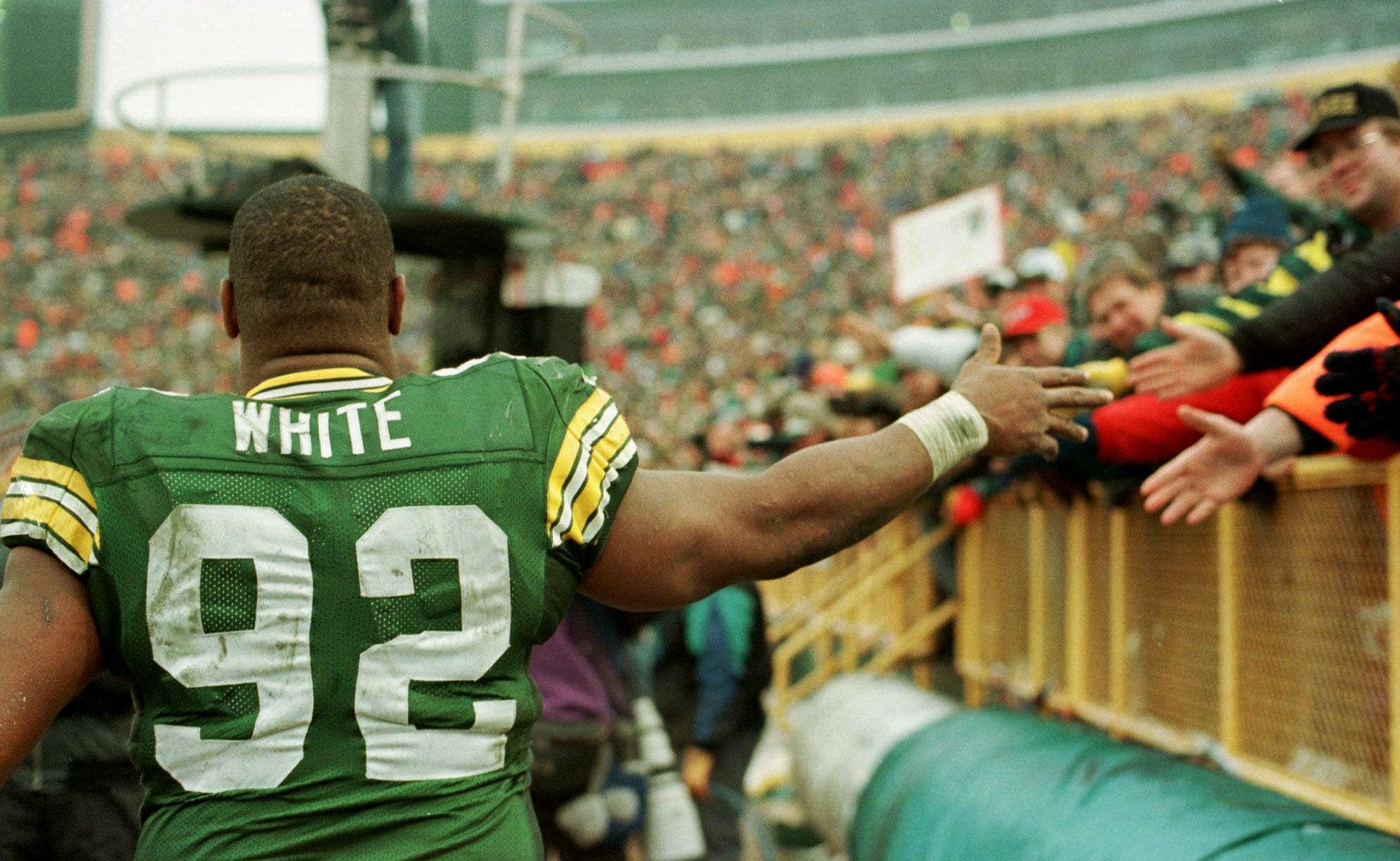 "At the time, being sent to Green Bay was used as a threat by other coaches to their players. Many compared it to moving to Siberia. This all changed when White, a free agent, chose Green Bay," she said.

The Neville Museum’s display, "Delay of Game" opens Saturday, Aug. 11 and will be open until March 2019.