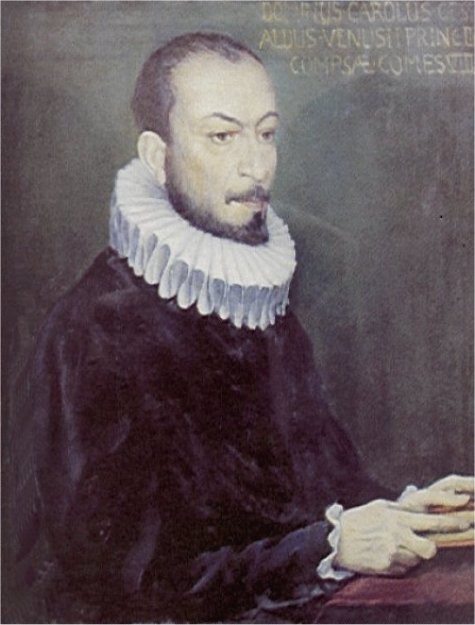 The madrigals of Prince Don Carlo Gesualdo reach up toward heaven, but the story of the composer's married life reads like a page from Dante's Inferno.

In 1586 he married Donna Maria d'Avalas. She was an attractive woman whose previous two husbands had died. Don Carlo had shown no interest in marrying until his only brother died, leaving him responsible for producing an heir. Donna Maria was especially worthy since she was Gesualdo's first cousin. They were married in Santo Dominico  Maggiore in Naples where a portrait of Donna Maria and her family still hangs.  The palace of the newlyweds was across the street.  It was not to be a happy place.

Gesualdo was as indifferent to his bride as he had been to marriage.  Donna Maria sought consolation in the embrace of the young Duke of Andria. Gesualdo became suspicious and decided to set a trap.  One October night in 1590 the trap snapped shut.  He came home from a hunting trip and caught Donna Maria in the arms of her lover.  At Gesualdo’s command that the lovers be stabbed to death.

Because the murders were so cold-blooded, Gesualdo found little sympathy in Naples and had ample reason to expect an attempt at revenge. He withdrew to his country castle twenty miles away and had the forests on the hills below it cut down in preparation for a siege--a siege that never came. Then, according to legend, he began to doubt the paternity of his infant son, who soon afterward died by suffocation.

Was Gesualdo as adroit at politics as he was at music and murder?  Within a year his father had died and Gesualdo—now Prince of Verona—returned to Naples without incident and began courting a highborn lady of Ferrara.  In the winter of 1594 they were married.  True to his first love—music—Gesualdo had in his lavish wedding entourage several of the country’s most famous instrumentalists.  Like his lifestyle, his madrigals were some of the most dynamic and daring of their day.