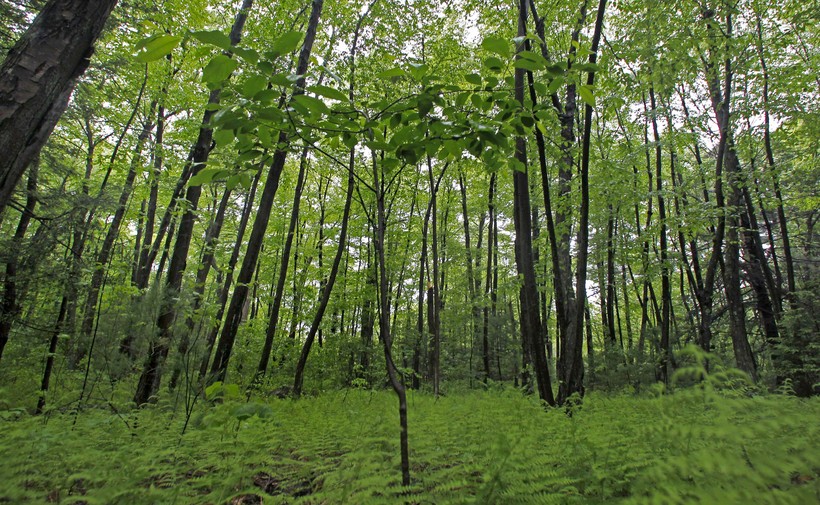 Theft of birch trees from northern Wisconsin forests prompted a meeting among law enforcement, conservation wardens and foresters Thursday in Spooner. Demand for the wood is high to satisfy buyers looking to spruce up their home décor.

Harvesters have reported making up to $1,500 per day, said Colleen Matula, forest ecologist with the Wisconsin Department of Natural Resources. For perspective, a pickup truck full of birch poles can net around $500.

"Not with this market demand right now," she said. "It’s crazy."

Those making off with bundles of birch poles could be slapped with a $389.50 fine. However, Gary Bibow, forestry law enforcement specialist with the DNR, said sometimes people are making off with so much wood that it doesn’t make a difference.

"If they’re taking 10 loads of birch poles and we’re writing them a citation for timber theft, a lot of times what we hear is, 'Well, that’s just the cost of doing business. We’ll pay that citation, and we still made $700,'" he said. "That’s why if we have the opportunity and if the elements provide, we’ll try to proceed with the theft statute just like stealing a car or anything like that."

More than 1,700 birch trees have been cut since last winter, Washburn County reported. Other counties are also reporting hundreds of illegally harvested trees.

"The birch harvest is not all drug-related, but our experience with the illegal harvest is it’s very predominantly drug people," Richter said. "They’re looking for fast money." Officials talked Thursday about possibly setting up zones within forests for harvesting on a trial basis. Other suggestions included using trail cameras, marking or targeted harvesting along logging roads and right-of-ways.

"There’s nobody patrolling weekends and keeping an eye on this sort of thing," Pettingill said. "I think the public, some of these people, knew that so they focus their efforts all on the weekends."

Pettingill said they’re hoping to hire a recreation officer and do more patrolling on the weekends when thieves are likely to cut. Demand for the wood is highest from November through April.

In the meantime, Matula said they’re trying to develop relationships with buyers.

"The warehouses are telling us, 'Yeah, we’re shipping it to China,' things like that. But, is it really going to China or is some of it staying here?" she said. "I know a lot of the landscape industries are using birch just for their own businesses, just to maintain some of their planting beds because it doesn’t break down at all."

Ed Schmocker with Winter Woods in Glidden said he began to see demand ramp up after the U.S. Department of Agriculture suspended imports of birch from China about a decade ago over concerns related to invasive species. However, exports of hardwood to China have grown in recent years.

Schmocker said urban customers who buy the wood want birch for their homes.

"Up here, we see nature all the time. In the cities, you don’t," Schmocker said. "It’s kind of a way for people to get a little nature into their house in the cities." But he said it’s become more difficult to obtain wood as the birch population has declined and forests have limited permitting for harvest.

Wisconsin's birch acreage has been roughly cut in half from around 642,000 acres in 1983 to 356,624 acres in 2012, according to the DNR. Difficulty with managing birch and conversions to other tree species, including Aspen, have contributed to its decline, Matula said, and it’s important to maintain a legal, sustainable harvest.

"We’re thinking of zoned harvest to look at the impacts first so it’s just a trial," she said. "We’re looking at impacts from the way they harvest it, how much they’re harvesting at the site, and how we can implement and move forward with some of these impacts and successes that we see."

She said illegal activity has only increased as harvesting has been limited.

"Last year (Lac Courte Oreilles), Bad River and a couple other tribes shut down harvest on tribal lands," she said. "Then, it just cascaded to other properties where we had moratoriums on harvest. So then I think we’re starting to see more of the illegal harvest because of that and then also the demand for the product."