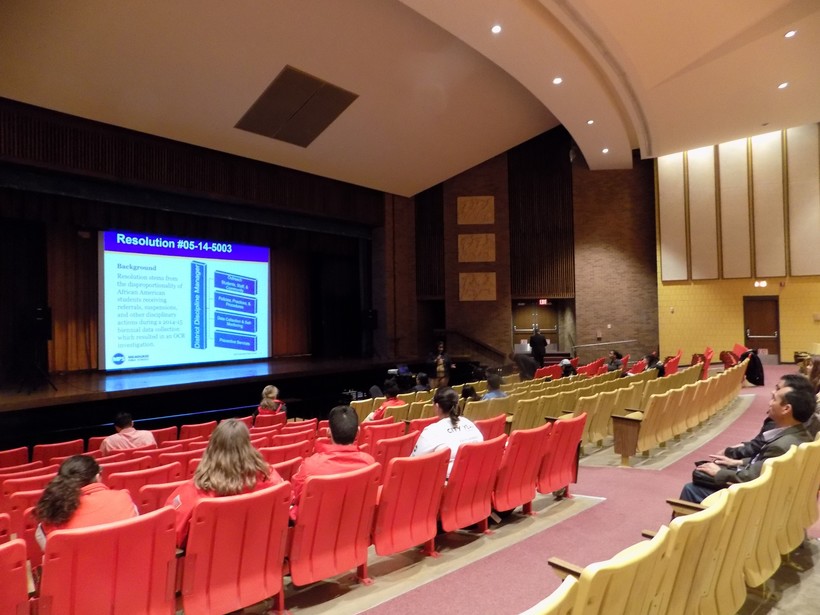 Milwaukee Public Schools has wrapped up meetings that are part of a settlement with the U.S. Department of Education’s Office of Civil Rights. The settlement stems from an investigation that found district schools were more harshly disciplining black students.

The agreement requires the district to make changes to its student code of conduct to better define appropriate and inappropriate behavior.

Throughout April, the district asked for community input for changes it plans to make in its disciplinary policies in a series of six meetings.

Patrick Chatman, an MPS principal helping the district in efforts to make disciplinary changes, ran the meetings asking for community feedback. He says it's about more than discipline.

"It’s really about getting to the root cause, analysis of discipline and how we could support the staff and reaching children who might need extra support," he said.

New federal data for 2015 show out-of-school suspensions have declined by half for MPS since 2011 and expulsions almost dipped by half during that period, but racial disparities remain.

During one of the community hearings at South Division High School attended by roughly two dozen people — mostly teachers — attendees said they welcomed the conversations about discipline.

Still, many raised concerns about school autonomy and how staff would be trained on disciplinary changes.

Morgan Coleman, a 17-year-old senior at Rufus King High School, has been involved in the student side of disciplinary discussions. Morgan said she’d like to see cultural sensitivity training and trauma-based training for staff.

Dakota Hall is executive director of Leaders Igniting Transformation, a grassroots organization engaging young people with the goal of promoting social, racial and economic justice. The group takes special interest in dismantling what they call the school-to-prison pipeline.

"We have a high rate of suspension of black students and we have to raise that as an emergency, we’re the worst city to raise a black child and our school district is adding to that instead of relieving that issue," Hall said.

Some activists say the district did little to publicize the community meetings and questioned the likelihood of meaningful change.