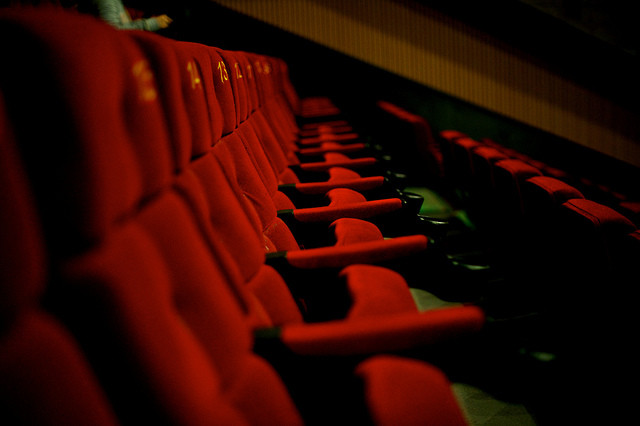 An air-conditioned theater is an inviting place during hot summer days, and it’s also the season of some of the year's biggest blockbusters.

"Overall, the box office in May was up 28 percent and the summer season so far is up 2.5 percent," he said. "They are trying to start doing (summer movies) earlier and earlier ... they’re doing everything they can to extend the season, keep the excitement and get people back into the theaters."

And this year, blockbuster movies are still the name of the game with "Avengers: Infinity War," "Deadpool 2" and "Solo: A Star Wars Story" dominating the box office, he said.

"'Overboard' starred Latinos, 'Breaking In' starred an African-American woman and 'Book Club' starred (women) 50 and above," he said.

A spin-off of the popular "Ocean’s" trilogy featuring a female-led cast, this heist-comedy film follows the women as they plan an impossible robbery — the famous Met Gala in New York City.

"The timing is great with the #MeToo movement," Ponder said. "It’s great to see these women all about the heist, not about men. I love a heist film ... and this one about women making it happen — they made it happen, it’s about relationships, friendship, moneyship — all about the money."

The sequel to 2004’s "The Incredibles" sees the Parr family battling a new foe, while navigating the day-to-day of family life. But this time, mom’s out fighting, as dad stays at home.

"The 14 years in between is worth the wait," he said. "The characters are good — they do a role reversal thing with mom and dad — this is a good one, and I hope people go and check it out."

Atlanta drug dealer, Youngblood Priest, tries to complete one last job before leaving the game in "Superfly," a remake of the classic 1972 film of the same name.

"I didn’t want to see this one, but it was a lot better than I actually expected, maybe because a lot of times I don’t like remakes ... so I’m excited about that," Ponder said.

The newest installment in the "Jurassic World" series picks up three years after the destruction of the Jurassic World theme park, with Owen Grady and Claire Dearing returning to save the remaining dinosaurs from an imminent volcanic eruption.

"I’m not as excited about seeing it as I am curious about seeing how are they going to keep us in the franchise with this one because it almost seems like we’ve seen everything we can see in this Jurassic World, but maybe not," he said.