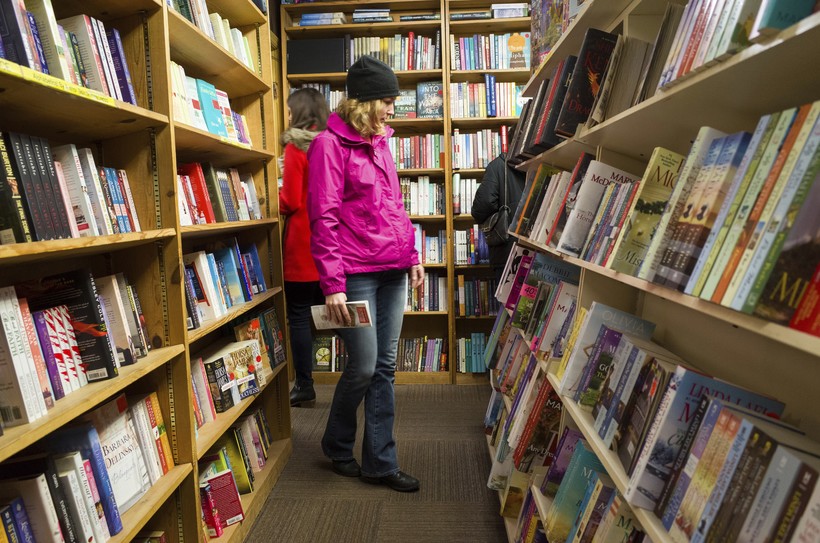 Shoppers browse among the narrow rows of books at The Book Loft of German Village in Columbus, Ohio. Jonathan Elderfield/AP Photo

Mourning The Little Pleasures Lost During The Pandemic, And Finding New Ones

At some point during the pandemic, when the small routines and pleasures of a regular day started to feel like a distant memory, writer Kristen Radtke turned to her husband and said, "I miss everything."

COVID-19 has many people with major losses to grieve. But at that moment, Radtke was thinking about the small things, the little pleasures that ground us in each day.

"It's so important that we pay attention to those major things … but I also think it's okay to talk about and mourn the little things that we miss — the commutes or getting a glass of wine after work. Any of the small pleasures that we really enjoy from the before times," she said.

After work, Radtke used to love going to the library to read for a half hour or so. Sometimes she’d run into friends, and they’d catch up for a bit, then she’d walk down the street for a martini and a broccoli taco.

Radtke suspected her feelings weren’t unique, but when she posted to Twitter asking what small pleasures and routines people missed, she didn’t expect such an enthusiastic response.

"I was so surprised by how robust the answers were," Radtke said. "It was so interesting because there were things that I hadn't even thought to miss, and now I'm like, 'Oh, man, I miss that so much!'"

There are so many huge things to mourn, but I think it’s also okay to mourn the loss of small pleasures. What’s a little routine that you miss?

The responses have ranged from the sincere to the humorous. One person said they missed going to new bars and restaurants just to check out their bathrooms. But in all the responses, there’s a comfort and joy in the shared nostalgia — particularly at a time when connecting with others can be difficult.

Loneliness is something that has been described by public health experts as a national epidemic in its own right, and is something Radtke has spent a significant amount of time thinking about. She’s currently working on a book called "Seek You: Essays on American Loneliness."

Radtke said she's hopeful that an upside of these times could be that people become more comfortable talking about loneliness.

"(It’s) something we didn't talk about very often, like we were maybe afraid to admit that we were lonely or we felt lonely. There is a little bit of a stigma behind it," she said.

"But now, isolation has been imposed on all of us collectively," she continued. "So I do feel like maybe one benefit is that we're kind of able to talk to each other about maybe feeling disconnected and maybe that will create more opportunities for us to reach out."

In the responses, one theme that emerged was the longing for surprise or the unexpected. Finding joy in little things — even if those things are different than they were pre-pandemic — can help keep those feelings of loneliness and isolation at bay, said Radtke.

When the days begin to blur and feel the same, or you feel trapped in a linear path and miss the "happy accidents" of running into a friend unexpectedly or stumbling across something new, Radtke says it can be helpful to focus on being intentional with your time, and to finding ways to connect with others over shared experiences, even from afar.

"A whole day can just sort of evaporate in front of you … sort of like an endless monotony," she said. "I try to find ways to punctuate that time. I make like a really nice cup of tea or something like that. I try to find really little luxuries that I can enjoy."

Mourning The Small Pleasures And Routines Of Life Before The Pandemic 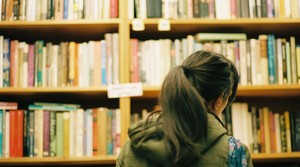 We take the time to mourn the loss of some of those small pleasures -- a monthly get together with friends, stopping at a local bookstore to browse, going to an exercise class, whatever it may be for you -- that we miss from before the world was swept up in a pandemic.