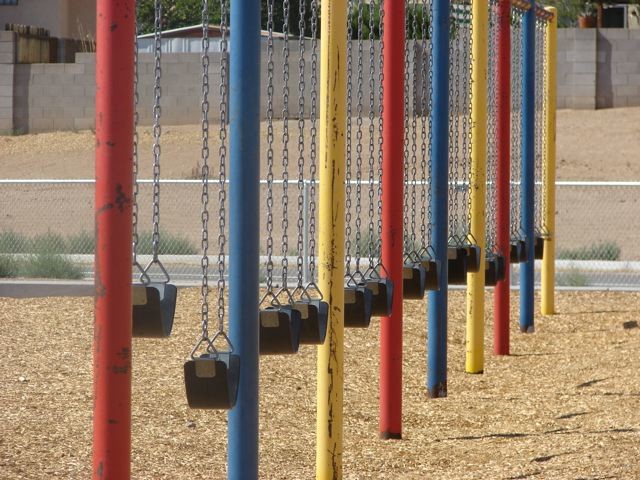 Even as awareness and acceptance of gays and lesbians has surged in the U.S. in recent years, the transgender community often remains overlooked.

According to a study earlier this year by the Williams Institute and the American Foundation for the Prevention of Suicide, 46 percent of transgender men and 42 percent of transgender women in the U.S. have attempted suicide. The national average is 4.6 percent, with gays and lesbians attempting suicide at a rate of 10 to 20 percent.

The numbers speak to the difficulty of finding acceptance at home, in schools and at work. Finding that acceptance can be particularly difficult in Wisconsin’s smaller communities.

One Wisconsin mother of a 6-year-old transgender girl has embraced her daughter’s gender identity and the two of them recently discussed their experience in an anonymous interview with WPR’s "Central Time."

The 6-year-old appeared happy and energetic and said she enjoys math, homework and riding her bike. She also likes video games, but said her mother only lets her play them when it’s raining.

She was 3 years old when her mother adopted her and at the time, displayed a lot of violence and anger, her mother said.

“When she first came to me … she was very adamant about being called 'Princess,'” said her mother. “Those were the first words out of her mouth as she climbed out of the car … ‘My name is Princess.'”

“If you called her by her name or called her any other name but Princess, she would violently attack you,” she said, “She has gone after doctors in the hospital before or members of our old church for calling her the wrong name. The rage and the violence that she had was just unbelievable."

Much of the aggression also surrounded what clothes her daughter was allowed to wear. At home, she could play with dresses, but in public, she wore boy’s clothes.

“That was a fight every time we would leave the house. It got to the point where I really didn’t want to leave the house because it just wasn’t worth the fight with her to get her to put her boy clothes back on,” said the mother.

The aggression changed once those restrictions were lifted, and according to the mother, “It was almost a night and day difference.”

“At one point I gave up trying to restrict her to wear dresses in public and I just threw up my hands and said, 'OK, fine you can wear your dress,'” she said.

“She had been living with me for probably six months at that time and it was the best day that we had,” said the mother. “I didn’t have any episodes of her running away. I didn’t have any anger from her… It was at that point that I realized I was fighting an uphill battle by trying to restrict her by what she wanted to wear and play with, and who she wanted to be.”

In the words of her daughter, this can be explained with an almost obvious clarity: “Sometimes, girls have a boy body and a girl brain,” said the daughter.

She explained that she didn’t like being a boy and that it made her sad.

“A long time ago, I was eating lunch when I lived with someone else and I told my mom that I wanted to be a girl … I never played with boy’s stuff, I always liked to play with girl’s stuff … like Barbies and wands,” she said.

The daughter transitioned at a different school and feels accepted at the kindergarten she now attends.

“(The kids) would just treat me the right way. They never did anything wrong or anything,” she said.

According to her mother, her daughter has only told those she is close to.

“The only people that know that her body is different are the people that she’s chosen to tell…  and (they) have done a very good job of not treating her any differently,” she said.

The mother has also felt supported by the school.

“I was a little hesitant with the school at first, just because we live in a very, very small community, but the school has been fantastic with working with us and making sure that she’s not treated any differently than any of the other girls,” she said.

When it comes to the community at large, she hasn't always felt the same level of support.

“I think it depends on which part of the community we talk to,” she said. “We have definitely had some negative responses. We’ve lost some really close friends of ours and that’s been really hard. We had to switch churches and we definitely are very careful on who let into our personal life.”

Some members of the community have accused her of trying to force a gender on her daughter.

“My counter argument to that,” she said, “is you can’t force gender on to a child. You can force the wrong gender on to them. Being a boy was the wrong gender for her and she very clearly acted out against that. My oldest son identifies as a boy and I couldn’t make him a girl, no matter how hard I tried to.”

To those who might criticize her treatment of her daughter, she said, “I would tell them that kids know who they are … I think it’s important for all parents to really just listen to their kids and to watch them, because they’ll show you who they are.”

She points to her daughter’s emotional transformation as proof.

“The transition that she has made is really remarkable. She’s calm, she’s at ease, she’s comfortable with her body and I think that’s a huge part for any parent that they would want to see in their kids,” she said.

Her message to parents who think their own children might be transgender is one of patience.

“I would definitely be careful to have the conversation about being transgender with young children at such an early stage, because there is gender exploring.  There are lots of little boys that play with dress-up clothes and wear high heels and like to have their nails painted and that doesn’t mean that they’re transgender or that they’re even gender questioning,” she said.

Likewise, she said, “If you’re seeing that this isn’t something that’s going away or if your child is actually verbalizing that they’re wanting to be a different gender, reach out to somebody in the community that has experience with this.”

Even though her daughter is being supported at school today, the mother worries about what the future might hold.  She is concerned about her daughter’s ability to partake in sports and extracurricular activities, and said there aren’t many resources in her community to help her.

“I think what concerns us the most is just how the community is going to respond … The older she gets, the more she chooses to disclose -- which is a great thing that she is feeling safe to disclose who she really is to her peers -- but (I have) concerns about how they’re going to react to that as they get older,” she said.

Most of all, she said, “I hope that as she gets older, that she’s able to maintain her strong spirit and her self-esteem, and that she’s able to speak and communicate so that her wants and needs are heard. And that people are able to understand her.”

Editor's Note: This is part of Central Time’s month long series, “Out in Wisconsin,” featuring stories from Wisconsin’s LGBT community on Fridays at 4:15 p.m. during the month of June.