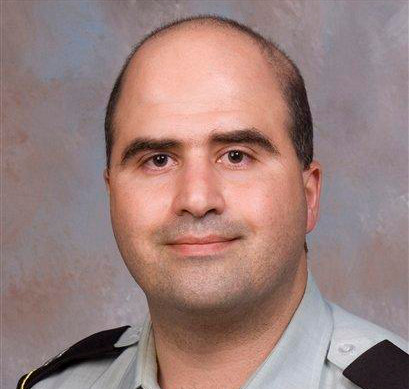 Mother Of Soldier Killed At Fort Hood: Nidal Hasan 'Got What He Deserved'

Army Major Nidal Hasan was sentenced to death Wednesday for killing two soldiers from Wisconsin - and 11 others - in a mass shooting at Fort Hood, Texas in 2009.

Jerri Kreuger of Kiel, whose daughter Amy Krueger was one of those soldiers killed, says Hasan "got what he deserved."

Jerri Krueger: There's always that adage that maybe he should just rot in prison for the rest of his life without parole - versus the death penalty and the whole "martyr" option - but for one, he'll be sitting there for a long time. It takes quite a while for that to actually happen, as I'm sure you know.

Terry Bell: The appeals process, that is...

JK: Yeah, he'll be sitting on death row probably for 10 years, if not more. So he will have enough [solitary confinement] to be absolutely miserable before that happens. I don't believe in his belief that he's going to be a martyr. It just doesn't hold any credence for me. I don't really care what he thinks. I'm happy with the verdict.

TB: You've given up quite a bit of your life in order to follow the developments at Fort Hood. How long have you been in Texas?

TB: I imagine there have been other victims' families there with you. Have they been a good support network?

JK: They have been a wonderful support family. We've really gotten to know each other very well throughout this past week and a half. We're supportive, and it's been wonderful to be with them. We're all going through the same thing, so we're 100 percent supportive of each other.

JK: Amy was - as we use in our family - "Amy-azing." She was vivacious and determined and witty and she was just all-around a wonderful, wonderful person. Always willing to give, to be there for people that needed her, to support them if they needed her. She was a great daughter.

TB: Now that this is all over - the trial, anyway - what's next for you?

JK: Oh, gosh. I just want to let down. I just want to relax and put it behind me and continue with my life. I'm never going to forget, obviously. I'll never forget today. I'll never forget the feeling I had when I was in that courtroom when they came down with the verdict. I actually cried. I've had three and a half years-plus of emotion built inside me, and I could have just bawled like a baby, just out of complete emotional release. Not sadness - not whatsoever sadness - just complete emotional relief that it's finally over, and he got what he deserved.

Russell Saeger of Mount Pleasant was also killed in the Fort Hood shootings. They were part of a Madison Army Reserve unit. Thirty-two others were injured, including six other soldiers from Wisconsin.

Hasan joins five other military members on death row. A service member has not been executed since 1961.