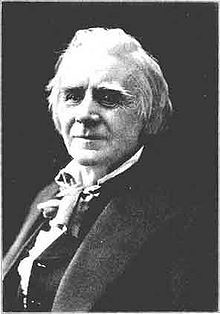 The celebrated violinist and his admirer were forty years apart in age, but they had more than music to bring them together. They had Mrs. Angelina Chapman Thorp.

The Norwegian virtuoso Ole Bull was world-famous by the time he arrived in Madison, Wisconsin, in 1868. Tickets for his Madison concert were going for ten dollars apiece, five times what most men could hope to earn in a day. Money was of no great interest to Mrs. Thorp, though. As the wife of a wealthy lumberman from Eau Claire, she had plenty of it. She was drawn to the spectacular musicianship and strong good looks of the fifty-eight-year-old Norwegian widower, and was eager to have him as her son-in-law.

Despite her husband’s objections, Mrs. Thorp encouraged the relationship between Bull and her eighteen-year-old daughter Sara, and, in 1870, when Bull returned to Madison, Mrs. Thorp arranged for him to stay with the family at their elegant Gilman Street house and saw to it that Bull and Sara had opportunities to be alone. When Bull invited mother and daughter to accompany him on a trip to Norway that summer, Mrs. Thorp was quick to accept.

Bull’s ardent love letters to Sara and the idyllic visit to Bull’s estate culminated in a secret marriage.

When the newlyweds settled in Madison, Mrs. Thorp wasted no time in gaining control of her new son-in-law–or trying to. Bull soon developed such a strong dislike for her that he ducked out of the parties she had in order to show him off, preferring the company of a friend on State Street with whom he liked to eat anchovies and talk Norse mythology.

The mother-in-law who did so much to bring Ole Bull and Sara together could hardly have done more to drive them apart, but the marriage held for ten years, and in 1880, when the violinist died, his wife Sara was at his side.