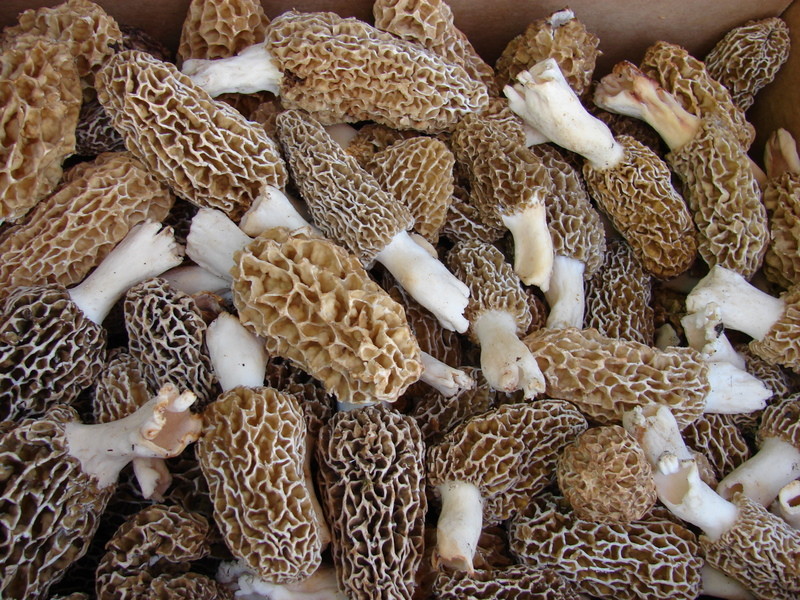 A Wisconsin fungi expert is predicting a shorter-than-normal morel season this year, and worse — areas previously rich in the fungus may decline in coming years.

Alan Parker, a retired biology professor at University of Wisconsin-Waukesha who has been studying Wisconsin fungi since 1977, said Friday that he was seeing morels maturing more rapidly than usual this year. Normally, the fungus matures with a slow color change. But Parker, who collects morels in Waukesha County and surrounding areas, said he hasn't been seeing that gradual change.

"We seem to be having a reasonable season but it's very condensed," he said. "We're seeing the mature yellow form already, and it's a statement that the season is going to be short."

The typical morel season lasts for three to four weeks, with peak collection time around Memorial Day weekend in northern Wisconsin. Morels are the only significant edible fungus that appears in the spring, Parker said, contributing to their popularity.

Parker said that morels are not technically mushrooms, but instead a kind of fungus closely related to truffles. They can be easily identified by their creamy tan stem, and spongy cap consisting of randomly-arranged pits and ridges. When cut in half vertically, both the cap and the stem are hollow.

Morels are most common near dead elm trees, which have been killed in large numbers by Dutch elm disease. The morels start to appear in the second and third year after the three dies, Parker said.

"For a morel hunter, you need first and foremost to learn how to identify dead elms," he said.

But the morels don't stay forever, and dead elms are becoming less prevalent as living elms have become less prevalent. As a result, Parker said, hunting grounds that were rich in morels in the 1980s are now going dry.

"I've lost some of my best hunting places because the elms are long dead and gone," he said.

Morels can also be found in large stands of living white pine, Parker said. And in Illinois, there is an association between morels and large living ash trees — but not in Wisconsin. Cottonwood, a tree not common in Wisconsin, is also home to morels.

Finally, Parker said, it was possible for morels to appear randomly.

"But if you randomly walk through the woods, your chance of finding anything is about 1 percent," he said.

One safety note for would-be morel hunters, especially in northern Wisconsin: Parker warned to watch out for the "false morel," which has a similar shape, but a "brainlike" cap, with no pits or ridging. False morels are potentially fatal when eaten raw, but Parker said thorough cooking can remove the danger.

Once morels make it to the kitchen, many people saute them in butter. Parker, who also likes to make a cream reduction sauce with them, has only one suggestion for their preparation: make sure to use salt.

"It tends to draw out some of the flavor that's internal in the morel," he said.