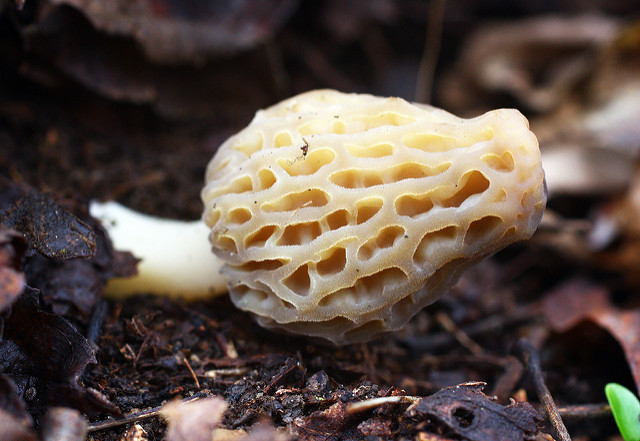 As the spring weather sets in Wisconsin, morel mushrooms are at its peak season, making them simply irresistible for some Wisconsinites.

Steve Shapson, a member of the Wisconsin Mycological Society Board of Directors, said although the morels are a highly sought after, searching for them requires a lot of time and labor as many people are on the hunt for them.

Shapson, who is also a mushroom grower, said the morels can be found in certain parts of Wisconsin despite their rarity.

The mushroom grower said morel mushrooms are also likely to be found under dying trees such as elm.

Once the morels have been found, Shapson recommends snipping them off or pull it out of the ground. He said when the mushrooms are brought home, be sure to shake them for bugs and then cut them in half.

He said the best way to cook them is usually with some butter and olive oil. He said frying them a little bit will give them more of a texture. He said cream is also an ingredient that works well with the morels.

Shapson explained that although morels are edible, they are also often mistaken by the false morel. He explained how to tell the difference between the two.

"The main difference is the stalk is solid and not hollow and round," he said. "The head of the mushroom, the main part of the mushroom is not as uniform."

Shapson said while mushroom forging may be a fun and educational experience, it's imperative that there is an understanding of them as they don't look the same their whole life.

"A lot of mushrooms look different in different states in their life cycles," he said. "Get with a group and really learn what you’re looking at and why the mushroom is the way it is."

Shapson said the practical thing to do with morels, if there are too many, is to dry them. He said either put them outside on a screen in the Sun or dehydrate them on a low temperature.  If the mushrooms are stored in a temperature of 33 degrees, they should last three months, otherwise they continue to decay.

The mushroom grower is leading workshops about cultivating edible mushrooms during the 14th annual Door County Festival of Nature, which runs May 26 to May 29.

Although the morel mushroom is one that is highly favored in Wisconsin, it isn't the only edible one. The list below has more options. Those interested should check out the Wisconsin Mycological Society to become knowledgeable upon poisonous mushrooms.