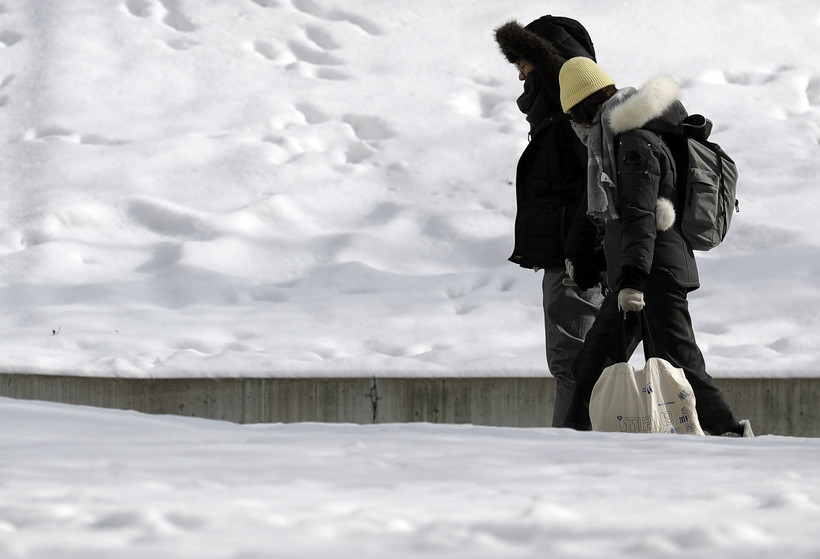 Forecasters Say Extreme Cold Should Linger Through End Of The Week
By Brady Carlson
Share:

Wisconsin is set to see another round of snow as well as a stretch of bitter cold temperatures.

A strong arctic cold front is moving into the region Wednesday afternoon and evening, while another system is bringing additional wintry weather primarily to southern Wisconsin.

Several inches of snow may accumulate in southern and eastern areas by midnight, followed by plunging temperatures.

Meteorologist Mike Kurz of the National Weather Service in La Crosse said that combination could cause problems on the roads in some areas because there will be, "a flash freeze of any snow that melts on the roads today."

"We'll also have an increase in the winds," he said. "They'll be ramping up behind this cold front very quickly. So once it pushes through, we're looking at potential for blowing snow that could potentially cause some visibility issues."

Snow is still on track to begin late this afternoon into early this evening, continuing into Thursday. Gusty winds starting late tonight will lead to some blowing and drifting. Plan on giving the Thursday morning commute a little extra time! pic.twitter.com/0zow014GXt

It will be noticeably colder than what Wisconsin has seen since Sunday’s winter storm.

The cold snap is expected to last through the end of the week, with temperatures back in the 20s and 30s Saturday.

Travel impacts will be possible this PM and tonight with blowing snow west of the Mississippi River and light snowfall amounts area wide. Then the cold will take over - with wind chills from -10 to -30 late tonight through Friday. Be careful and bundle up! pic.twitter.com/j7CkqlIpOK