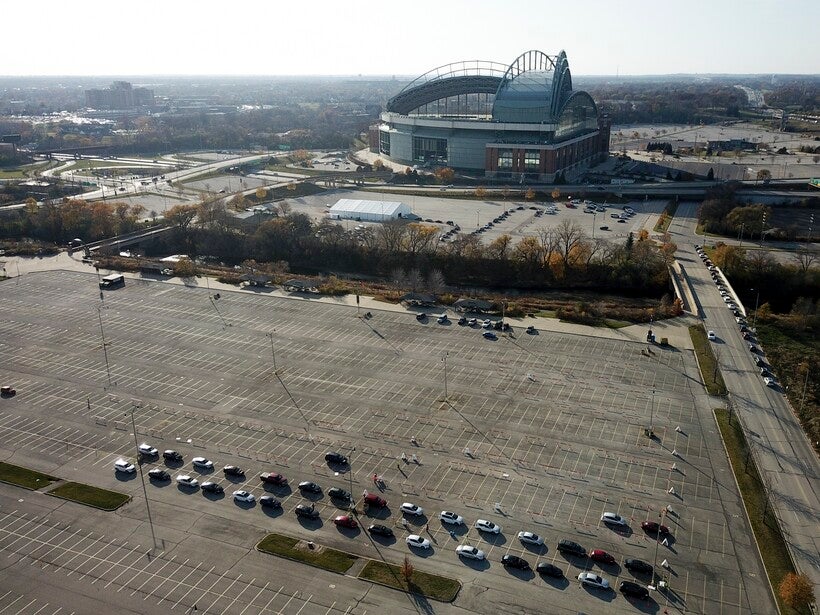 Officials have announced a third reported case of the B.1.1.7 variant of the coronavirus, this one in Milwaukee.

Marlaina Jackson, Milwaukee's interim commissioner of health, said Tuesday that the person with the B.1.1.7 variant was identified Jan. 28, but did not explain why the case is just being reported now.

The variant is thought to be more contagious. Ben Weston, medical director at the Milwaukee County Office of Emergency Management, said the B.1.1.7 variant could become the dominant coronavirus strain in the United States. That’s what is happening in other countries.

"In the U.S. it is doubling the number of people infected every 10 days," Weston said. "It’s not a big deal when it starts, but it will quickly have a major impact. That means more cases, more hospitalizations and eventually, more deaths."

Based on scientific studies, researchers believe the B.1.1.7 variant spreads more rapidly and easily than the original strain of the coronavirus. There is "emerging" evidence the B.1.1.7 strain may cause an increased risk of death, according to the state Department of Health Services. There is no evidence that vaccines are less effective against it.

For now, the number of coronavirus cases continue to decrease in Wisconsin. DHS reported 624 new cases of the disease Tuesday, bringing the average for the past seven days to 754 daily cases. One week ago, the average was 970 daily cases.

Of the tests for COVID-19 conducted over the past week, 3.1 percent were positive for the disease, according to DHS. That rate has been on the decline. The rate takes into account people who have been tested multiple times.

Weston said seeing these numbers, people will want protections to be lifted, but they need to remain vigilant.

"The UK strain (B.1.1.7) can be softened through vaccinations and blunted through precautions," Weston said.

The first case in Wisconsin was identified in Eau Claire County in January. Health officials confirmed a case in Waukesha County earlier this month.

As of Sunday, the Centers for Disease Control and Prevention had 1,173 confirmed cases of the B.1.1.7 variant in 40 states.

It’s normal for viruses to mutate. Many are benign, and they give scientists a way to track how and where COVID-19 is spreading. But a mutation that allows the virus to spread more easily will lead to more positive cases of COVID-19, some of which will be severe.

There were 38 new deaths from COVID-19 reported Tuesday. On Tuesday, 2,594 tested negative.

According to DHS, 1,410,300 doses of coronavirus vaccine have been allocated to Wisconsin by the federal government as of Tuesday, an increase of 258,275 from a week ago. On Tuesday, DHS reported 726,314 Wisconsin residents had received at least one dose, representing 12.5 percent of the state population. As of Tuesday, 249,933 people have received both shots in Wisconsin, completing the vaccination series.

According to the Wisconsin Hospital Association, there were 412 COVID-19 patients hospitalized as of Monday. A total of 25,422 people have been hospitalized because of the disease, or 4.6 percent of all positive cases.

The latest figures bring the overall total of positive cases in Wisconsin to 556,332, according to DHS. A total of 6,204 people in Wisconsin have died from COVID-19.

Wisconsin's daily testing capacity — based on the availability of test supplies and adequate staffing — has grown from 120 available lab tests in early March to 59,273 as of Tuesday. The number of actual people with new test results reported Tuesday was 3,218.