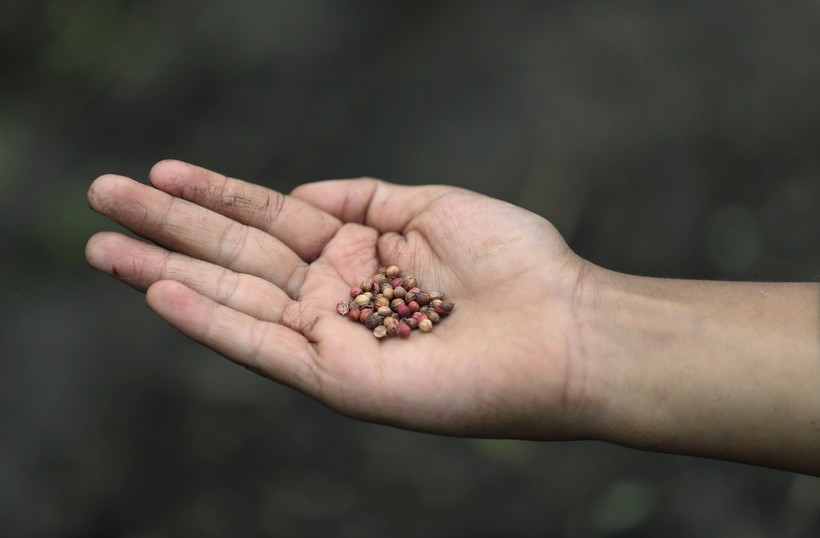 More than 500 Wisconsin residents have reported receiving unidentified seeds that appear to have come from China.

Reports of strange seed packages arriving unordered have popped up across the U.S. and in Canada.

The Wisconsin Department of Agriculture, Trade and Consumer Protection released an online form on Tuesday for residents to report the unsolicited packages.

"We don't know what's in the packages. In some cases, the seeds could be different in each seed package," Romanski said. "Don't plant them. Don't throw them in the trash where they could go into a landfill and germinate and spread that way. We should be treating them as if they were an invasive species."

He said DATCP has not found any evidence of malicious intent behind the packages. But he cautioned that little is known about the packages or why they were sent.

The U.S. Department of Agriculture is leading an investigation into the unsolicited packages. A DATCP spokesperson said the state is working with the USDA to "determine what action they’d like to take" and collecting information for investigators.

The spokesperson said DATCP has heard anecdotal reports of people already planting the seeds. The department is asking people to leave the plants undisturbed until they receive further guidance from DATCP or USDA.

Since the announcement on Tuesday, Romanski said the state has realized the phenomenon is not limited to seeds.

A DATCP spokesperson said residents have reported receiving small items including a face mask, a nail clipper and a fan.

Meredith Thomsen is a biology professor at the University of Wisconsin-La Crosse who studies invasive species. She said introducing new plants into the environment is not the only concern.

"Seeds are often not sterile. There could be fungi and bacteria from the environment where the plant grew that is on the outside of that seed coat. And perhaps even more troubling, some plant pathogens are transported actually just first with the seeds of the plants that they infect," Thomsen said.

She said new species can travel quickly in an environment and have surprisingly strong impacts, like stealing resources from native plants and even increasing the risk of wildlfire. She said she fully supports DATCP's caution about not throwing the seeds in the garbage.

"If they’re in lightweight cellophane packages, I could see them blowing (out of the landfill). Or if a garbage bag got broken in the truck, it could easily just fall out of the truck on the side of the road," Thomsen said. "Given that we have no idea what these plants are, it really feels like better safe than sorry."