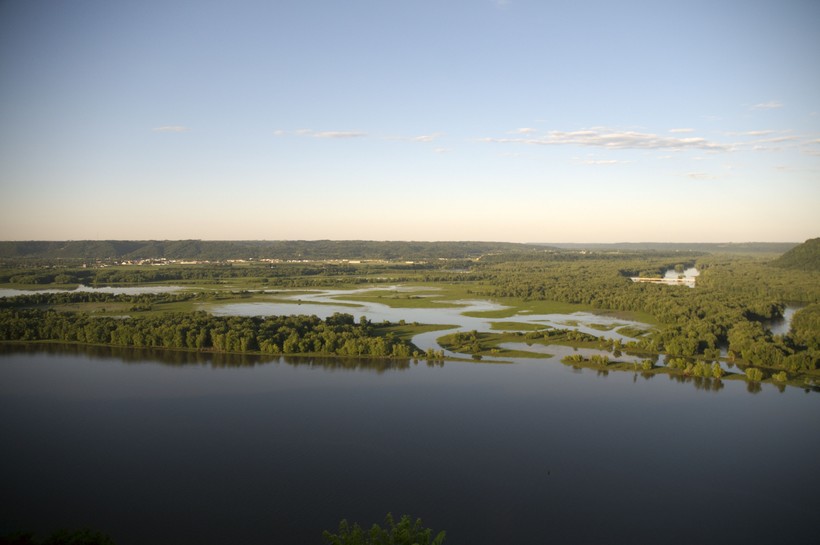 A view of the Mississippi near Prairie du Chien.

A group a mayors living along the Mississippi River has plans to collaborate with international leaders, with an eye toward playing a bigger role in global  talks surrounding climate change.

Mayors with the Mississippi River Cities and Towns Initiative will be working more closely with the Netherlands, learning what actions have been taken to protect the Rhine River from climate change.

The group is also initiating discussions with people living along the Amazon, Euphrates, Yellow, Paraná, Danube, Volga, and Ganges rivers.

MRCTI director Colin Wellenkamp said the Mississippi River Valley is the most agriculturally productive zone on the planet and working with those other major food-producing regions is a necessity.

“This is not going to be not just about flooding and water management, it’s going to be about the future of our food supply," Wellenkamp said. "Climate disruption is a major component of that and so far, that part of the conversation really hasn’t been emphasized.”

Mayors from La Crosse, Onalaska, Prairie du Chien, and Prescott are involved in the initiative, which will send a delegation of mayors to the Conference of the Parties to the United Nations Framework Convention on Climate Change, also known as COP21, later this year.

The MRCTI also recently praised sections of the president’s proposed budget for offering more funding for flooding and disasters.

In La Crosse, this program has been used to flood-proof and remove homes built in the city's floodplain.

Mayor Tim Kabat and fellow members of the Mississippi River Cities and Towns Initiative met with members of Congress this week, encouraging them to maintain the funding. Kabat said the grants can save money in the long run.

“You do the investment and the project in the front end and prevent a lot of the emergency situations on the back end,” Kabat said.

Kabat said, in the future, these grants could be used to restore the city’s marsh.