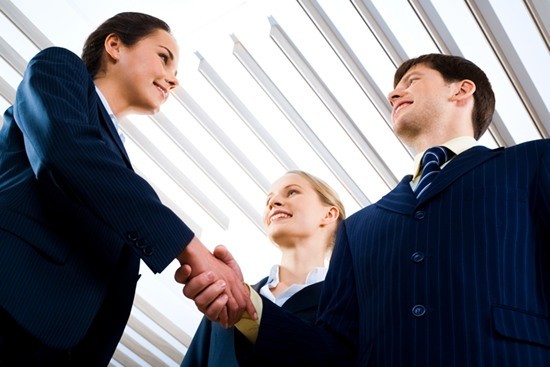 Opt Out of ‘Pseudo-Socializing,’ Make Friends Who Will Last, Says Columnist
By Christie Taylor
Share:

The modern workplace has become one of “mandated friendship” that competes with workers’ personal lives and outside friendships, according to advice columnist Judith Martin, more popularly known as "Miss Manners."

From drinks after work, to bowling leagues, to on-the-job conversing, Martin said, “People deluge me with complaints about the workplace that is eating up their lives.”

“Everyone’s expected to be friends,” she said. “Hours are longer, partly because of this pseudo-socializing. And because people are moving around more, there is not that sense of loyalty in either direction by the employer or the employee.”

Martin said she wasn't expressly against work friendships -- only the “mandated friendship” of many workplaces’ cultures, especially if it competed with the ability to have friends and relationships outside of work.

“You should be cheerful and cooperative and get along with (colleagues), but you should use your spare time to make real friends,” Martin said. “People who would be with you even if you were fired or otherwise had difficulties.”

To that end, she said workers should also not have to agonize over office gift-giving traditions, whether it was a Secret Santa pool or a gift for the boss.

“The whole gift exchange business in professional life is ridiculous,” she said. “You should not be giving presents to your boss.

“It’s the boss who should be giving the present if anyone does, and it should be a bonus or failing that, extra time off.”

For workers hoping to avoid getting drafted to the office basketball team, Martin acknowledged it could be difficult to do so without ruffling some feathers.

“It is very difficult, but at least I hope I can open people’s eyes to what is going on there,” she said. “So, they don’t have the false hope of friendship, not only with colleagues but with bosses.

“If people could actually perceive the hierarchy, I think they’d have a lot less trouble saying, ‘I’m so sorry, I’d love to, but my spouse is expecting me,’ or something of that nature,” she said.