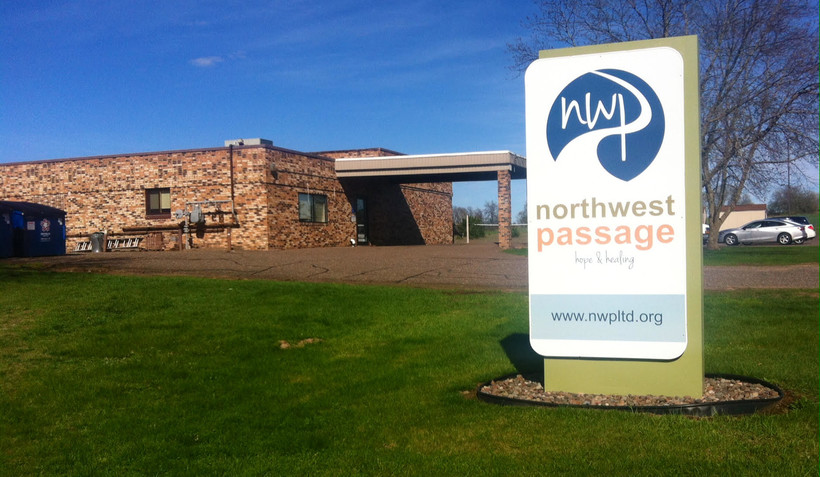 For Minors, Finding Drug And Mental Health Treatment Can Be A Challenge

For 16-year-old Lexie Lorbecke, doing drugs with her mother was normal in her family. At 13, she started snorting meth when her mother’s boyfriend brought it over to the house. She bounced between her grandparents, foster care and group homes until one day she ran away with an older man she’d met on Facebook. He kept her high for weeks, but one day, something clicked.

"I was like I can’t do this anymore," said Lorbecke. "I’m going to be dead tomorrow probably if I keep up using every single day not knowing how much I’m taking or what I’m taking."

Lorbecke ended up in a juvenile detention center where she waited several months before getting into the residential treatment center Northwest Passage, where she was able to get clean.

According to local officials in northern Wisconsin, though, the 908 beds currently available at Wisconsin's residential treatment centers for minors like Lorbecke struggling with drug or mental health issues aren’t enough to meet the need. At the same time, tight budgets and an increasing push from state and national child welfare advocates to keep children with their families means expansion of residential treatment isn't likely anytime soon.

At the treatment center where Lexie Lorbecke ended up, girls program coordinator Amanda Lundquist highlighted the therapies and a variety of programs on offer for girls from age 12 to 17. "We’re letting them kind of pick and choose what they want to put in their toolbox to be successful," she said.

But offering those types of services comes with a high cost.

Douglas County intake and assessment supervisor Doreen Wehmas said they spent $555,453 last year to place children with the most severe behaviors at Passage or one of the other 28 residential care centers in the state.

But, with the increase in drug use, that’s become more difficult.

"We’ve run into a lot of them just don’t have space available," said Wehmas. They’re at their licensing capacity because they serve across the entire state and out of state also."

Wehmas said they’ve placed juveniles as far as Green Lake or La Crosse and the distance can be a burden on families.

"A lot of times, it’s figuring out what the family’s resources are in order to see the child face-to-face, spend the time with them, be part of their treatment plan," said Wehmas.

According to Lundquist, roughly 30 children are on a waiting list to get into Northwest Passage. The treatment center receives 60 to 70 percent of referrals from counties through a court-ordered placement or a social worker. They also accept families who pay out-of-pocket, private insurance and children from across the country in need of services.

"We really have diversified our network because of budget cuts and things," she said. "When budgets are cut within the counties and things are happening among the state, you never quite know what's going to happen so then we looked outside of that network to look at other referral sources."

Rethinking Care (And Its Costs)

Aside from financial and operational constraints, Linda Hall with the Wisconsin Association of Family and Children’s Agencies, said there’s also been a push at the federal level to keep children with their families rather than send them away from home.

The Wisconsin Department of Children and Families declined a request for a recorded interview. In a written statement, the agency said residential care like Northwest Passage may be appropriate for the 371 juveniles currently in treatment, but the state wants to avoid out-of-home care.

"Studies have shown that this type of setting is not needed and does not result in the best possible outcomes for the vast majority of children placed in out-of-home care. Over the last few years, Wisconsin has worked diligently to build the capacity of less restrictive environments in order to avoid placing children and youth in residential care whenever possible."

Even so, the agency stated it’s always working with private parties that want to license new facilities, "especially those who are interested in opening facilities that offer specialized treatment services for children and youth who have faced severe trauma, been victims of sex trafficking or are facing other challenging mental health or behavioral issues."

Elizabeth Hudson is director of the Office of Children’s Mental Health in Wisconsin. The office coordinates with state agencies to improve access to services for families. She said residential care isn’t reality.

"We don’t live in a bubble," said Hudson. "We’re influenced by whatever our surroundings are. So that has to be a part of the healing process or the recovery process is figuring out how the person who has maybe changed their thinking may be re-embedded into the community or not removed at all."

Passage’s Lundquist said they connect children with the community during treatment so they have a better chance of staying clean when they go home.

"We stay connected with them for at least 45 days after they leave to set up a strong support plan … whether that’s volunteering somewhere or getting a job, making sure they have therapy set up," she said.

The 2013-2015 state budget included $3.75 million to expand coordinated services teams that connect minors with a team of county, tribal or private providers. Together, they create a customized treatment plan for children in their home community. A 2014 state report says that children served by these teams saved Wisconsin an estimated $3.7 million in residential treatment center costs.

"That’s just another element to the conversation around residential is what do we need to do a little bit earlier in a young person’s development and a family’s need to bring the resilience to that family unit," Hudson said.

As for Lorbecke, she’s heading home to her grandparents after a year in treatment.

"It’s amazing to be leaving here, but in a way it’s also scary to know that everything out in the real world that I had to deal with a year ago is still there," said Lorbecke.

But, she said the treatment center changed the way she saw herself and gave her the support she needed to stay clean. Lorbecke plans to stay that way.