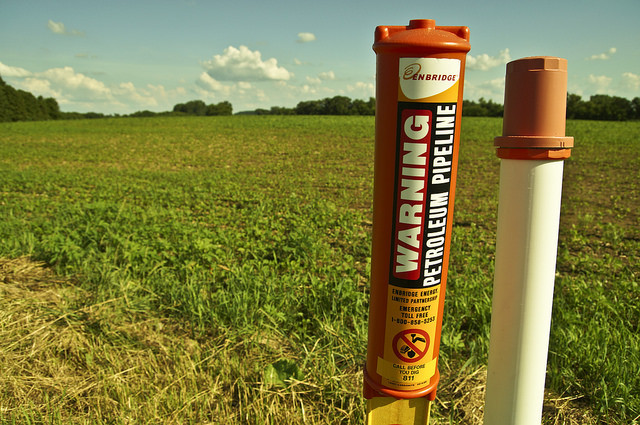 A Minnesota state agency has allowed an energy firm to continue with the permitting process for two oil pipeline projects, one of which would involve replacing a pipeline that runs along northern Minnesota and Wisconsin, pending full environmental reviews.

Enbridge’s Sandpiper line would carry up to 600,000 barrels per day to Superior. Company officials said they hope to link that work with replacement of its aging Line 3.

However, the company's plans have been delayed after a Minnesota court ruling sided with groups challenging the state's process for Sandpiper's environmental review. Speaking ahead of the Minnesota regulators' decision, Sandpiper project lead Paul Eberth said they're looking forward to getting through the process "and making any accommodations that are necessary to the environmental review that will either improve safety or lessen the impacts to the community and the environment."

"We are disappointed with the Public Utilities Commission’s decisions which could result in further delays to the Sandpiper Pipeline and Line 3 Replacement projects." Little said. "We remain committed to the Environmental Impact Statement (EIS) process and we will support the actions of the agencies in the prompt execution of those efforts. We will continue to review the actions of the PUC yesterday."

"A combined EIS between all those cooperating agencies because this is not a matter simply for the state of Minnesota as evidenced by the multitude of interventions by the White Earth and Mille Lacs Band of Ojibwe," said LaDuke.

Enbridge officials hope to have complete studies from Wisconsin next spring.

Correction: This story originally stated that a Minnesota state agency approved the oil pipeline projects in question. Actually, the state agency only allowed the permitting process to advance, and the projects are still subject to review before official approval.