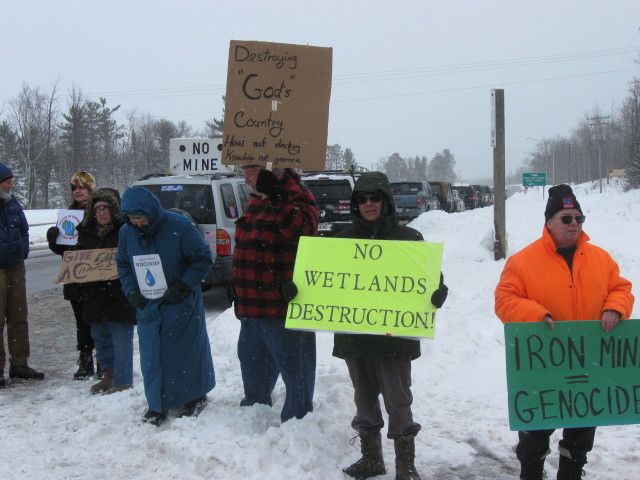 Governor Scott Walker says he'll move on to his next pro-business target, now that he's won the first part of an effort to bring large scale mining to Wisconsin.

It seemed appropriate that this Bachman Turner Overdrive song played at mining equipment maker Joy Global last evening as a crowd of Republican legislators and business lobbyists waited for a behind-schedule governor to show up for a ceremonial signing of the mining bill. When Walker arrived, his remarks suggested to the business community, another BTO song, 'you ain't seen nothing yet.'

"You've got several hundred, either revisions or outright repeal of administrative codes that we're recommending."

Walker says one rule he hopes to change would increase the number of times per week people on unemployment have to look for work. But while Walker tries to move ahead on his business agenda, critics like Santara Michaels want to remind the governor he hasn't won final victory on mining, and that native Americans may sue to block the taconite mine proposed for northern Wisconsin.

"Look, I'm here. We've played this game too long and it's time that you actually listen to us."

Michaels is a member of the Keweenaw Bay Ojibway tribe. She and a few other members of the Idle No More protest group chanted "See you in court!" as the governor's motorcade left Joy Global and began to roll on down the highway.