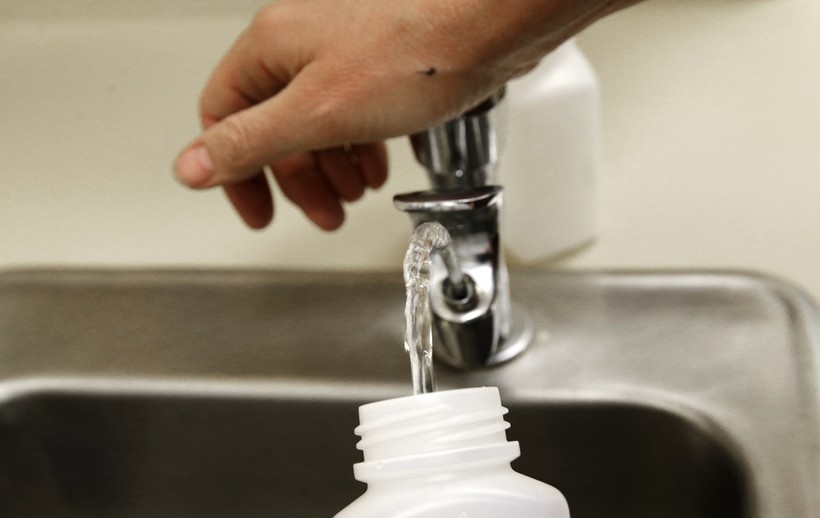 Milwaukee's Lead Problem Is Complex And Could Cost Billions To Fix

Milwaukee has a lead problem, but it’s complicated.

In the last year, children under age six in the city had higher lead poisoning levels than in Flint, Michigan, where a years-long water contamination crisis beginning in 2014 gained international attention.

In some Milwaukee neighborhoods, as many as 33 percent of children tested had high lead levels, according to reporting from Reuters.

Children can be poisoned a number of ways, such as ingesting lead paint chips in older homes. But part of the problem lies in the lead service lines connecting city water mains to private homes and buildings.

Milwaukee alone has 70,000 residential lead service lines, 40 percent of the entire state’s. And though the city treats the water with an anti-corrosive material, lead can still leech into the drinking water.

"It’s true that we’ve known for a long time that a substantial portion of the service lines owned by the Milwaukee Water Works are composed of lead," said Rob Henken, president of Milwaukee’s Public Policy Forum. "But really, until recently, there wasn’t as great an awareness of the public health threat. I think it was certainly the Flint, Michigan, situation that raised that awareness."

The organization released a report earlier this month which estimated it may cost taxpayers millions of dollars in additional costs annually and take up to 50 years to replace all 70,000 lines.

Henken stopped short of calling the problem a public health crisis, but said it is a concern. City officials have recommended Milwaukee residents install drinking water filters in their homes just to be safe.

The effects of ingesting lead as a child can last a lifetime.

Joshua Schneyer is an investigative reporter at Reuters. He traveled to Milwaukee and other cities in the United States for a recent investigation on lead poisoning throughout the country.

In Milwaukee, he met a young man who had been poisoned as a child.

"Ever since, he has attention deficit disorder, he has outbursts of anger, he hasn’t been able to hold down a job, he’s on disability," Schneyer said. "That’s a sad story, and we met with people in several neighborhoods of Milwaukee who had similar stories to tell."

The problem in Milwaukee is largely neighborhood-based, Schneyer said. In some areas, virtually none of the children had an elevated reading. But in neighborhoods such as in Milwaukee’s north side, poisoning rates were six times higher than Flint.

Replacing service lines and private in-home lead pipes is expensive, especially for poorer homeowners. The entire line can cost $12,000 to replace at just one property, sometimes more than $5,000 of that cost falling on the private homeowner.

Henken said Milwaukee has committed to providing some assistance for these homeowners. But what’s unclear is how prolonged that commitment will be.

"We’re talking about an awfully long time, more than 50 years to replace all of them," he said. "In the end, these are homeowners and ratepayers in the city of Milwaukee who are going to have to absorb a lot of additional costs to take care of this aging infrastructure."