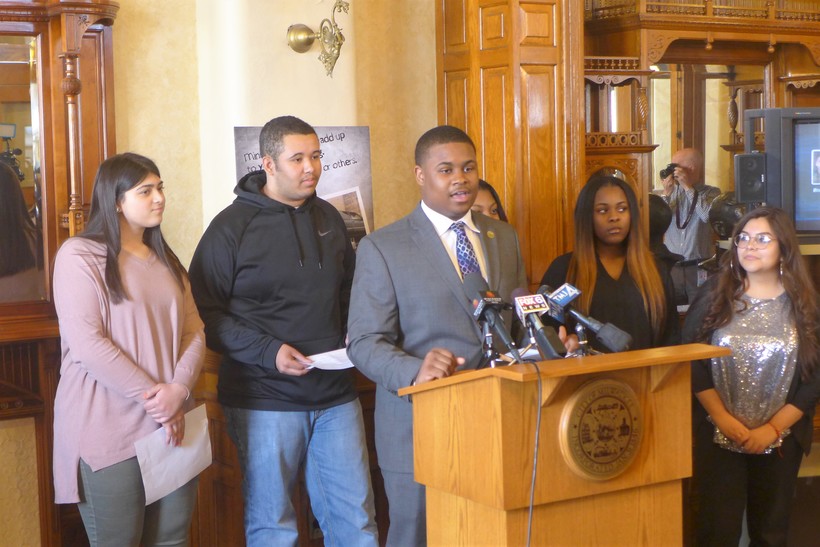 The "No Free Rides" campaign introduced on Monday by the Milwaukee Youth Council is meant to reduce the youth-involved carjackings.

Kalan Haywood II, president of the council, said it's important to start the campaign now while teens are still in school.

"When it's hot every day and we're outside every day, all day and everybody's on summer vacation, what's going to happen then?" he said. "We're all bored at that point. So what are we doing then? So I'm definitely, definitely concerned about the summer and that's why I wanted to get in here now and try to make some type of impact before the summer starts."

Haywood said he has seen auto thefts start to happen more frequently already and it's still the spring.

Adea Dunn, one of the council members, said it's the council's job to be an example for youth in the city.

"We're encouraging the youth that's doing the things that they're not supposed to be doing to do better because it's not a game," Dunn said. "It's somebody's life that they're playing with. So if we do it, and we're young and we're putting that out there and it's not just some adult telling them, then it'll probably get to them more."

Council members said it's important to get the message out before the summer starts and carjacking increases.

Earlier this year, two suburban Milwaukee legislators introduced a bill that would stiffen punishment for youth offenders. State Rep. Joe Sanfelippo, R- New Berlin, said he helped sponsor the bill due to a rise in carjackings in and around Milwaukee last year.

Data from Milwaukee Police showed 68 carjackings have taken place from the start of the year through the end of March. Fifteen juveniles have been arrested in relation to the auto thefts. That number is down from 120 carjackings that took place during the same time span last year.