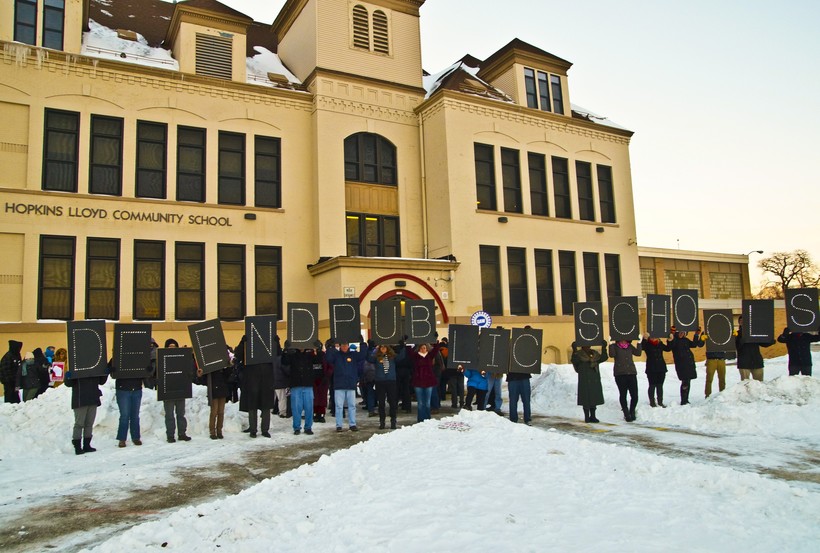 Members of the Milwaukee Teachers Education Association are warning the Legislature against a possible plan to create a recovery district for poor-perfroming schools. Photo: Light Brigading (CC-BY)

Members of the teachers union in Milwaukee are voicing concerns over the possible creation of a “recovery” school district in the city, which would put low-achieving public schools under the control of state officials.

State Sen. Alberta Darling, R-River HIlls, said she has begun exploring the idea of a possible state-run district. Tennessee, Michigan and most notably Louisiana have embraced recovery school districts and could serve as models for Wisconsin.

It remains unclear whether Darling or other lawmakers will propose a bill. Regardless, officials with the Milwaukee Teachers Education Association are taking the chatter seriously.

“I think there is active work going on,” said Bob Peterson, president of the MTEA.

He added that in the fall of 2013, the Metropolitan Milwaukee Association of Commerce invited representatives from New Orleans and Tennessee to speak on the topic in private meetings.

“These are clearly templates for complete privatization for our schools,” Peterson said. “In New Orleans, the nation’s first recovery zone, all the people who worked for public schools were fired. And in fact today, there are no, or very few, public schools left in New Orleans.”

Peterson said state-run charter schools would be a mistake because testing data shows that they perform virtually on par with traditional public schools.

“I think it’s clear that in Wisconsin and in Milwaukee, we have had 20 to 25 years of experience with privatized schools, private voucher schools and privately run charter schools,” Peterson said. “There’s no evidence that those schools on an average work better, and often times, they perform worse. So, we have had a long experience with this already.”

Union members have said broader issues like poverty are affecting poor academic performance, and a new community schools model where students and their families can receive a variety of resources is the answer.

“The question that comes to the people of Wisconsin is, do we want to keep locally controlled, democratically elected school boards running our schools? Or do we want to hand them over to private companies, private organizations and third-party groups? We need to fix our schools, not abandon them,” Peterson said.