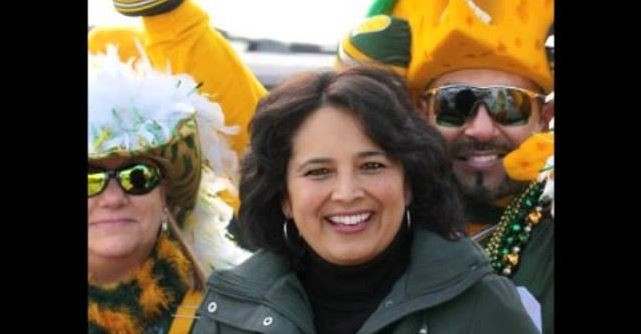 Milwaukee sportscaster Jessie Garcia has been a part of the sports scene in Wisconsin for 20 years and as for contemporary history, she has seen it all -- from Green Bay quarterback Brett Favre becoming a three-time MVP and taking the Packers to their first Super Bowl in 30 years through to current quarterback Aaron Rodgers winning another Super Bowl 13 years later.

Garcia has put much of what she saw and heard in her new book, "My Life with the Green & Gold: Tales From 20 Years of Sportscasting."

Garcia, who works for WTMJ-TV in Milwaukee, said that she started out with very few role models in sportscasting and blazed a trail for herself and for other women. This, she achieved, despite being told: "You’re a chick and chicks don’t know anything about sports."

She said it wasn't easy juggling family and being in Green Bay on Sunday and during the week covering the team.  Garcia told a story where she changed her son’s diaper in the tunnel at Lambeau Field because no one was available to babysit.

Garcia has good things to say about Favre and other famous Packers who she had to cover.

"He was smarter than most people thought. This was no country bumpkin," she said.

She said she got along very well with former head coach Mike Holmgren, despite meeting him for the first time in Minnesota Viking colors.

"I never feel he treats me any differently than any male reporter. Certainly, never feel disrespected as a woman. He’s as cordial and polite as can be," she said.

After 20 years of covering sports, Garcia said that she came to a conclusion.

"I learned athletes are just people," she said.