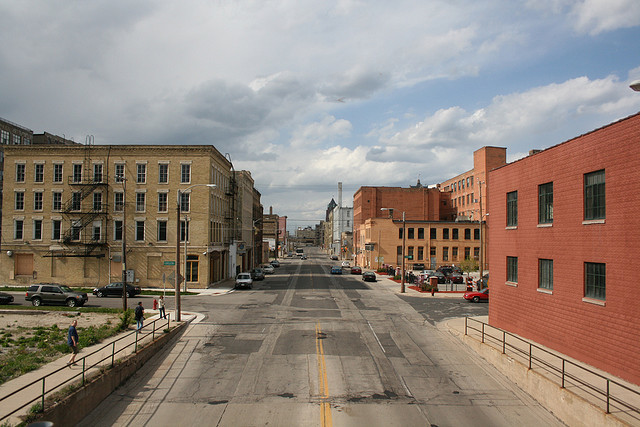 The vast majority of gun violence this year has occurred in Milwaukee. Photo: Jeramey Jannene (CC-BY).

A deadly shooting in Milwaukee this past week has pushed the statewide gun homicide total for the year to 54.

On Saturday, state Sen. Nikiya Harris Dodd (D-Milwaukee) will hold a community meeting on violence in Milwaukee at the Parklawn Housing Project YMCA.

“I have got to the point that I don't even want to watch news,” she said. “Every day you look at the news: so-and-so got shot over here, 10 people got shot over there.”

Gun violence affected Taylor's extended family about a month ago when a relative, a 10-year-old girl named Sierra Guydon, was wounded in crossfire. Guydon's parents say she may not survive.

Milwaukee Mayor Tom Barrett said he'd rather see the current curfew enforced before a new one is introduced. Parents in Milwaukee have also said they'd have difficulty getting their kids home earlier.

Many shooters in Milwaukee have been over 18 years of age, and would be unaffected by curfew.