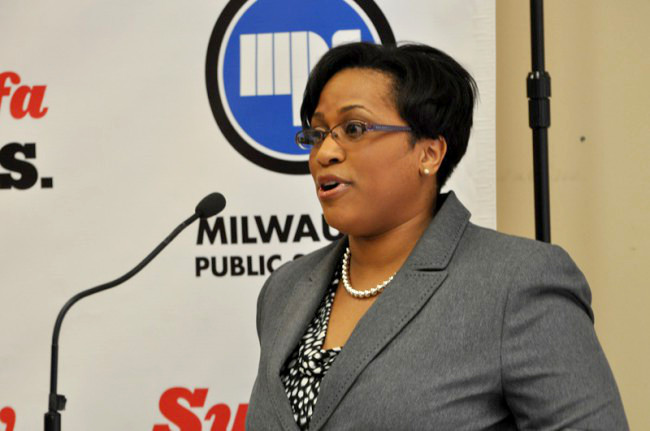 Darienne Driver Had Been Serving As District's Interim Superintendent Since July
By Kristen Durst
Share:

On Tuesday night, Milwaukee Public Schools appointed a new superintendent: Darienne Driver, who has been serving as the district's interim superintendent since July.

Driver will replace Gregory Thornton as the top school district official, after Thornton resigned in June to become CEO of Baltimore City Schools. Driver is the first permanent female superintendent of the district.

“My primary focus is on what's happening in our own classrooms every day and looking at our teaching and learning practices,” she said. “Student achievement is staggering and we really have to accelerate the rate of proficiency for all of our students. That's our top, number-one priority.”

Driver previously worked for the Philadelphia School District before coming to MPS in 2012, where she served as chief innovation officer. With the hiring of Driver, the school board will now terminate its nationwide superintendent search contract.

Farmer Built A Trout Habitat And Authorities Tore It Out. After Years In Court, He Won Right To Rebuild.
UW System Administration Office Announces Dozens Of Layoffs Due To COVID-19
Hodag Country Festival Will Be Among State's First Large Events Amid Pandemic
After Receiving County Approval, Hodag Country Festival Cancels 2020 Event
More Than 700K Wisconsin Unemployment Claims Still Haven't Been Paid. Politicians Are Blaming The Other Side For Delays