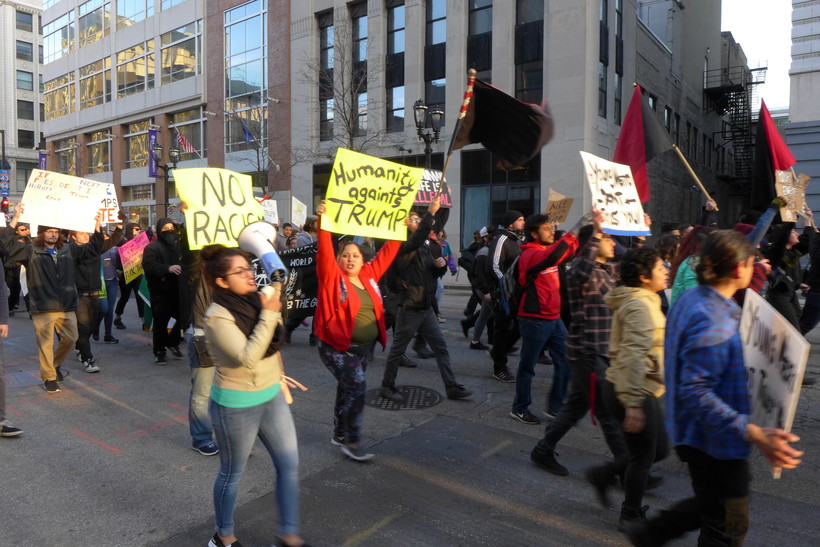 A crowd of a couple hundred people closed a city block leading up to Milwaukee's Riverside Theater for more than an hour on Tuesday near where Republican presidential candidates were participating in town halls ahead of next week's primary election.

Protester Michelle Hernandez was there with her husband David, who is an immigrant from Mexico. They said they were there to protest candidates' plans to deport the country's undocumented immigrants.

Speakers at the protest urged the largely young and diverse crowd to turn out to vote in the state’s April 5 primary.

Many protesters, like Yasmin Outlaw, said they were concerned about the views of one candidate in particular, Republican frontrunner Donald Trump.

"Everything Donald Trump stands for hugely affects our city, as well as our country, so it's important for us to look out for everyone, not just ourselves," she said.

Protesters closed blocks leading to the theater for more than an hour ahead of the town hall, but didn't delay or disrupt back-to-back town halls with Trump or his rivals, Ted Cruz and John Kasich, which were hosted by CNN.