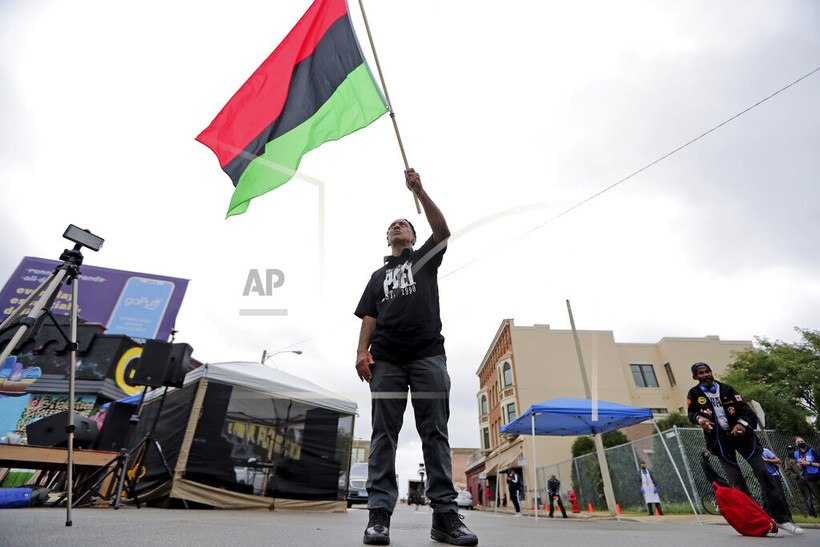 Duncan Ellington waves an African flag during a protest rally for Jacob Blake near Martin Luther King Park on West Vliet Street in Milwaukee, Saturday, Sept. 12, 2020. Blake was shot by police on Aug. 23 as he was being arrested in Kenosha, Wis. Mike De Sisti/Milwaukee Journal-Sentinel via AP

Police Officer Shot Blake 7 Times, Leaving Him Paralyzed From Waist Down
By The Associated Press
Share:

Members of Jacob Blake's family were among about 100 protesters at a rally in Milwaukee in the wake of the Black man's shooting by police.

Blake was shot seven times in the back by a Kenosha police officer last month and is paralyzed from the waist down. The shooting sparked days of protest and unrest in Kenosha.

In Milwaukee, Blake's uncle, Justin, called for the arrest of the Kenosha police officer who shot his nephew.

Maria Hamilton marched with the crowd to Red Arrow Park, the scene where her son Dontre was killed in 2014 by a police officer.