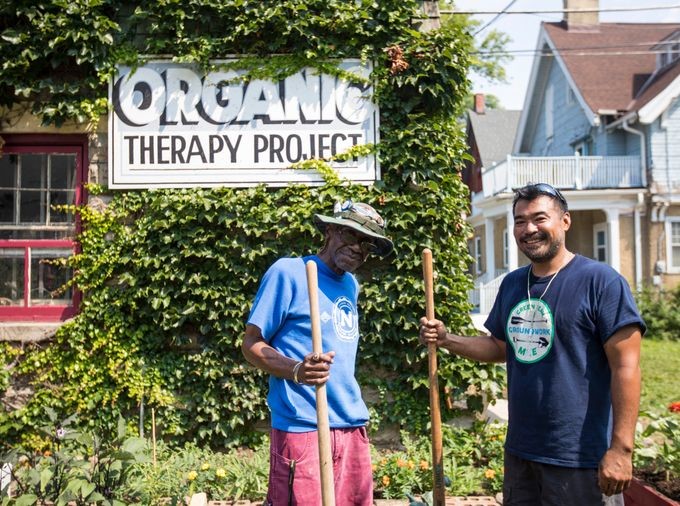 Brian Sales, right, and a veteran work at a community garden in Milwaukee. Photo courtesy of Brian Sales.

As far back as World War I, nature and farming have been used to help returning veterans heal invisible wounds from war.

Brian Sales, a disabled combat veteran who served nearly a decade in the U.S. Army Infantry, knows firsthand the power of connecting with nature after seeing war.

When he returned to civilian life after two tours in Iraq and one in Kosovo, he struggled to find purpose in his life.

"I went from the most important mission in the United States to facing jobs that I felt had no meaning," he said. "The military turned me from a civilian into a soldier, but on returning I wasn’t turned from a soldier back to civilian, and that was pretty overwhelming."

Sales floated between jobs and moved across the country looking for motivation, he said.

"I found myself going from organized, planned, team dynamics to unstructured chaos with very little transitional support," Sales said. "I found myself, like so many other veterans, lacking direction and struggling with reintegration."

But in 2012, when he went back to school to get his bachelor’s degree for alternative and renewable energy management, he found a way to combine the commitment to service he learned in the military with a love for farming.

Sales founded Green Veterans in 2013 to connect veterans with sustainability efforts and initiatives. In 2017, the program came to Milwaukee as part of Groundwork Milwaukee where it shifted its focus to meet local needs, he said. 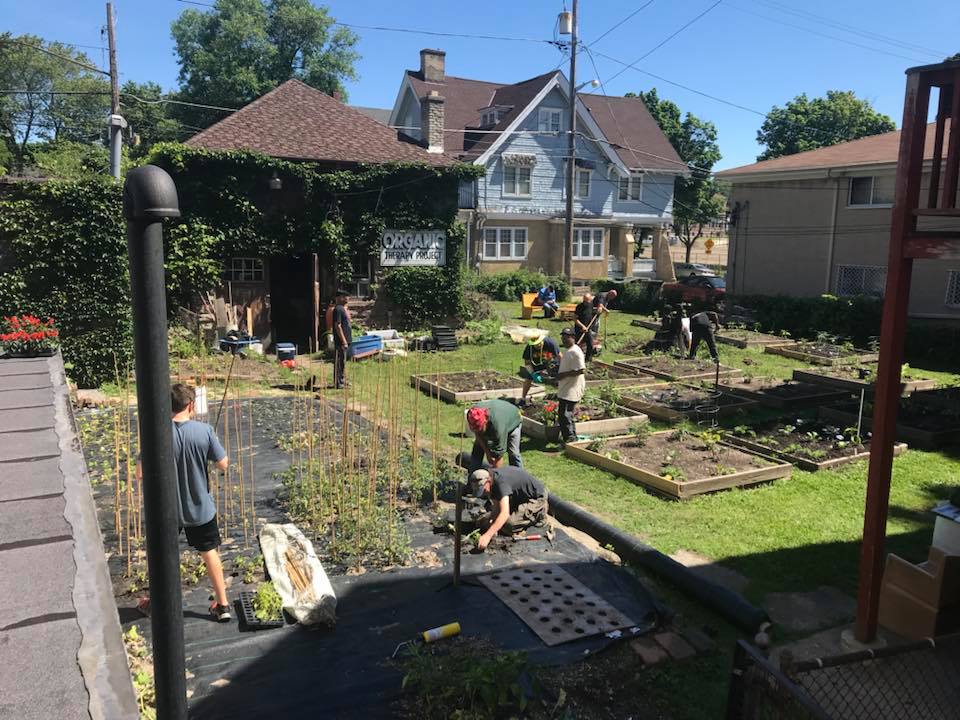 In that time, the program has helped manage and establish more than 100 community gardens in Milwaukee, he said.

"We've seen firsthand that touching soil is an antidepressant," Sales said. "So we’re leveraging urban gardening as an alternative therapy for people managing PTSD and other related trauma disorders."

This year, the program worked primarily with the Organic Therapy Project, part of the Center for Veterans Issues, where the veterans grow and harvest produce, Sales said. They also learn about beekeeping, food preservation and go camping and fishing, among other activities.

"It's such a grateful thing to experience, growing from seed ... up to a little plant and then that plant produces enough food to nurture people and to heal people, it’s just a great feeling to have," he said. 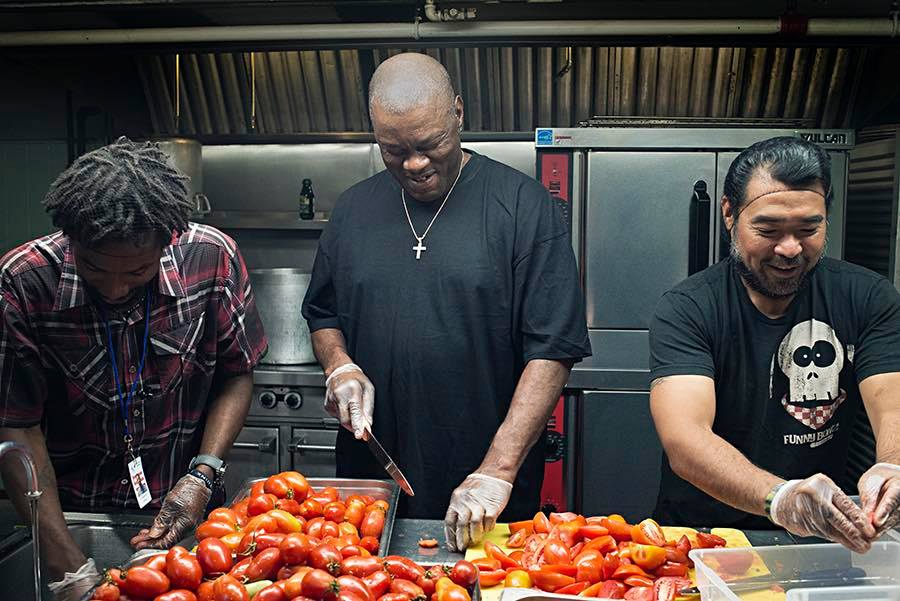 Veterans and urban farming are a natural fit, Sales said.

"There's always something new," he said. "You always have to take care of your plant, you always have to cultivate your soil ... asking questions like, how do I save my plant? It resonates with the activities, the things that we used to do in the military."

As the program evolves, Sales would like to see it incorporate more renewable energy and green building components.

"We're focused on different aspects of sustainability ... because I see the city of Milwaukee going in that direction," he said.