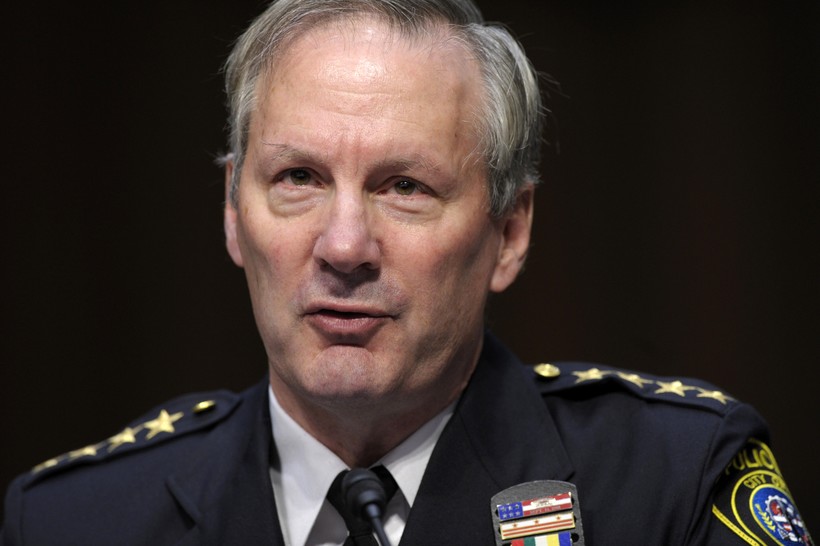 Officials in North Carolina and Oklahoma released video footage within days of officer shootings of African-American men. But Milwaukee Police Chief Ed Flynn said he is standing by officials' decisions to not release footage from the body camera of the police officer who shot and killed Sylville Smith last month.

Flynn won't release the video until the local district attorney and attorney general both give the OK, he said at a Milwaukee Press Club event Thursday.

The police chief said it's important the video eventually be released but he believes the footage from the recent fatal police shooting of a black man in Charlotte, North Carolina, shows body cameras can't answer every question from the community.

"What you're going to see on that tape is frequently going to be ambiguous, difficult to interpret, not from everyone's preservative," Flynn said. "And you know what? Sometimes the camera is going to be turned that way, sometimes it's got turned on late. These things, technology is not perfect."

Footage from the North Carolina incident does not clearly show what Keith Scott, the man shot, may have been holding in his hand when killed.

Milwaukee police have said 23-year-old Smith was shot when he turned toward an officer holding a gun. Both Smith and the officer who shot him were African-American. The shooting set off two nights of violent turmoil in Milwaukee's Sherman Park neighborhood on the city's north side.

Flynn said rioters who set buildings and vehicles on fire were the same people who commit crimes in the city, not neighborhood residents themselves.

While Fynn doesn't think there's been a "Ferguson Effect" of police officers responding less aggressively to crime, he said criminals have been emboldened by the crisis of legitimacy facing law enforcement across the country.

Flynn called deconstructing police actions outside of the context of "the massive problem of central city violence" is hypocritical and called for the protesters who turn out for Black Lives Matter rallies to flood the street demanding state and federal attention devoted to reducing violence.

"Sure more cops would help," he said. "But the local taxpayers shouldn't have to freight 100 percent of the bill when the entire state depends on Milwaukee's productivity. The entire state uses its amenities and the people who live here happen to be Wisconsin residents of the United States."

Milwaukee Mayor Tom Barrett's proposed 2017 budget would increase spending on police by 9 percent and add 165 spots in the academy. The department is expecting a wave of retirements and the boost would keep police staffing flat.

The state Department of Justice has finished its investigation into the Aug. 13 shooting of Smith and has forwarded the findings to Milwaukee County District Attorney John Chisholm for a charging decision, the Associated Press reported.

Wisconsin Attorney General Brad Schimel has said the DOJ won't release anything until Chisholm decides on charges or determines the material can be released, according to the Associated Press.