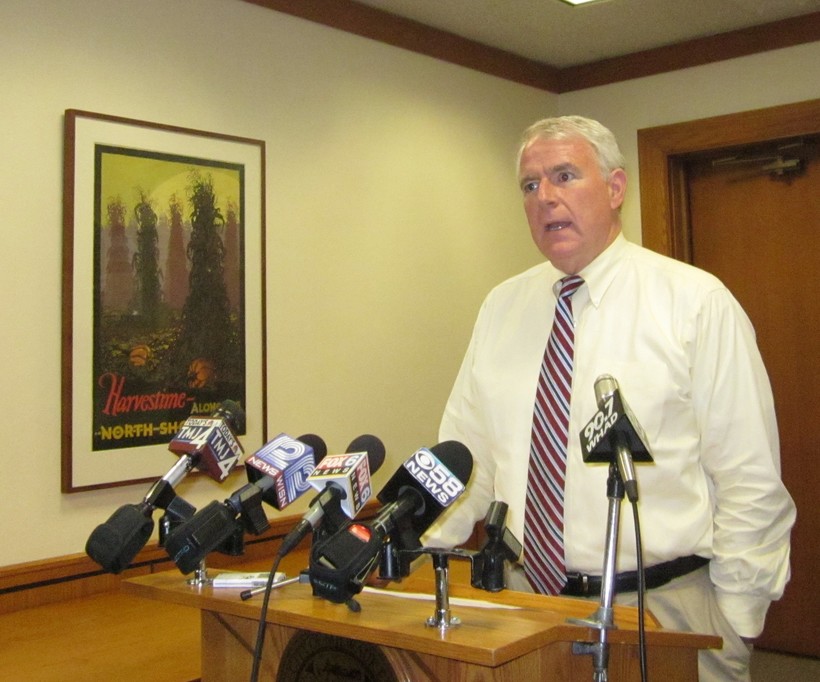 Milwaukee Police and mayor say crime down, not up

Milwaukee police have challenged Gov. Walker's claim that crime has risen in Milwaukee, made against Mayor Tom Barrett during the recent recall election. Police say an internal audit of data shows crime continues to drop in the city.

A Milwaukee newspaper story during the recall campaign suggested that violent crime was underreported in Milwaukee, and that the number of those crimes had recently gone up. Walker quickly criticized Barrett. But now, Milwaukee police have released an internal study that acknowledges more reporting and coding mistakes, but shows that the crime trend is downward. Mayor Barrett says the report is reassuring.

Barrett declined to criticize Gov. Walker's claims during the recall campaign, saying the election is over. But Milwaukee police chief Ed Flynn says the governor's attack on Barrett was without merit.

An FBI audit of Milwaukee crime data will be released later this summer. At least until that report is out, Milwaukee alderman Bob Donovan says some city residents may be skeptical that crime is down.

Donovan wants Milwaukee's comptroller to audit city crime data, but that idea has been put on hold.