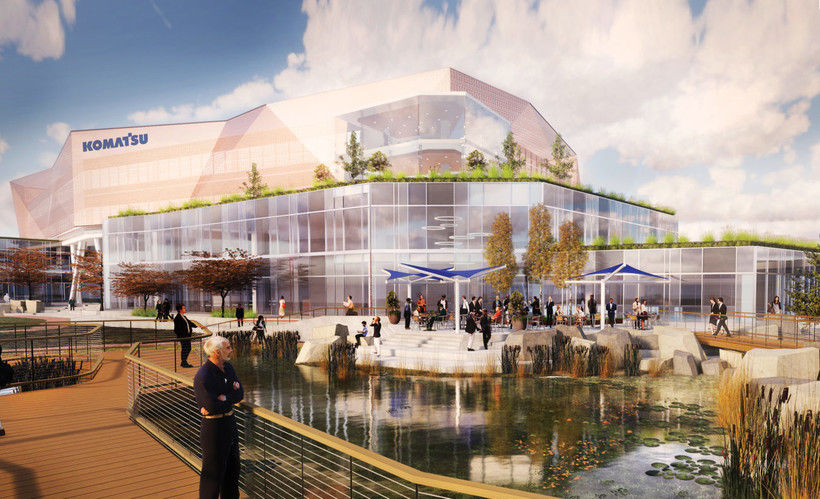 Some Elected Officials Say Project Will Not Bring Enough Jobs To City
By Corrinne Hess
Share:

The Milwaukee Common Council will meet next month to begin the process of moving Komatsu Mining Corp. into the city.

But some Milwaukee council members believe $40 million in public money is too much for the jobs Komatsu would bring to the city.

"This is arguably worse than Foxconn," said Alderman Robert Bauman. "These jobs are already here. At least with Foxconn, I'm fully confident they will at least do something down there (Racine County)."

The company is planning to move approximately 4 miles east into the city and purchase approximately 45 acres of land from We Energies where it would build a 410,000-square-foot manufacturing facility.

Estimated job creation on the site is 13 jobs per acre or 600 jobs. By comparison, the Menomonee Valley Industrial Center, on Milwaukee's near west side, has 23 jobs per acre. 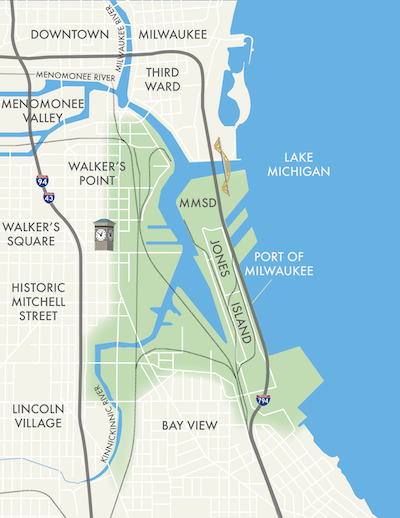 The Harbor District is a 1,000-acre area with roughly 9 miles of waterfront access. It has several abandoned or underused industrial sites and vacant areas. Over the last three years, the city of Milwaukee has turned its focus to revitalizing the neighborhood.

The Komatsu project is one of the first major developments that would take place in the district.

Earlier this year, the city adopted a Water and Land Use Plan for developing the Harbor District. For industrial projects, that plan recommends 22 jobs per acre, but for commercial projects — like the 12.5-acre site where Komatsu is planning to build a 190,000-square-foot single-story office building — the plan recommends 75 jobs per acre.

It has been reported that the Komatsu office building would create 32 jobs per acre, or 400 jobs.

By comparison, Zurn Industries LLC has 75 jobs per acre in Milwaukee’s nearby Walker's Point neighborhood and Schlitz Park has 91 jobs per acre just north of downtown.

"Komatsu is a great company with family supporting jobs, assuming they stay here. That is all positive," Bauman said. "The question is are we getting the most bang for the buck in what I think is a highly-developable, desirable site. From what we are told, this is some very low jobs per acre and this project just does not measure up to what I think a riverfront site could generate."

Caley Clinton, a spokeswoman with Komatsu, said the jobs the company plans to create are "well within the range expected by Komatsu for the South Harbor Campus project."

"We are committed to working with the community on this project, and have been actively engaged with the city and the Harbor District on the site plan, to include the optimal balance of public space along the city Riverwalk," Clinton said.

Jeff Fleming, of the Milwaukee Department of City Development, echoed Clinton, saying the jobs per acre number do, in fact, exceed the city’s goals when you look at the entire project.

"Komatsu is an intensive job creator and there will be hundreds and hundreds of jobs, we could get as many as 25 jobs per acre," Fleming said. "Initially the jobs will not be there, but there is a strong potential for exceeding the job numbers"

Fleming said without the Komatsu deal, there is a possibility there won't be any jobs at the site for many years to come.

"We have a great company, with hundreds of employees that want to be at this location, and we want to be supportive of that," Fleming said.

The city’s Zoning, Neighborhoods & Development Committee will meet on Dec. 11, 2018 to consider rezoning the We Energies site for the project, and moving forward with the sale of the city’s 12.5-acre site.'

This is a key step in moving the project forward and crucial to bringing Komatsu into the city, said one city alderman who did not want to give their name or comment on the record prior to the meeting.

Alderman Nik Kovac isn't yet committing to a vote on the project. He is hoping the Department of City Development, which helped organize the Komatsu deal, and the company will improve the plan.

"The jobs per acre and the design regarding the river walk are coming up really short," Kovac said. "We approved a plan earlier this year that had a breakdown of the minimum number of jobs."

Kovac said in talking to his colleagues, many feel the same.

"There is a lot of work to do to make this work for our city," Kovac said.

Lilith Fowler, executive director of Harbor District Inc., said the job densities do fall short of the goals identified in the Water and Land Use Plan adopted by the city last year. But said there are some mitigating factors.

"It seems clear that Komatsu is making a long-term commitment to this location; with that in mind, it is reasonable that they want a site that offers them room to grow," Fowler said. "It’s unusual for a manufacturer to move to an urban site for a variety of reasons, but among them is the constraint on future expansion at the location. We definitely hope to see them expand here in the decades to come, and to do that they will need some extra room."