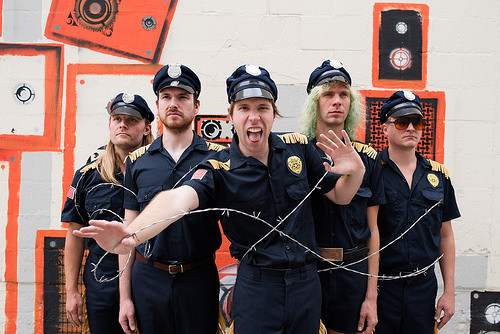 When it comes to Mike Krol, it’s not three strikes and you’re out.  For the LA based, Milwaukee born songwriter, the third time’s a charm, or rather, a Turkey. His third LP, and recent Merge Records release, avoids incarceration with a liberating blast of hook-filled garage rock, smart self-reflective lyrics and punkish brevity – all nine songs in just nineteen minutes! While he’s a bowler at heart, Krol’s a cop onstage, arresting concert-goers while wearing fire-fringed police uniforms and with flashing sirens and liberated prison props. Before his recent show in Seattle, Mike Krol and his band locked down the KEXP studio with a criminally fun and captivating set. Feel free to watch it now: