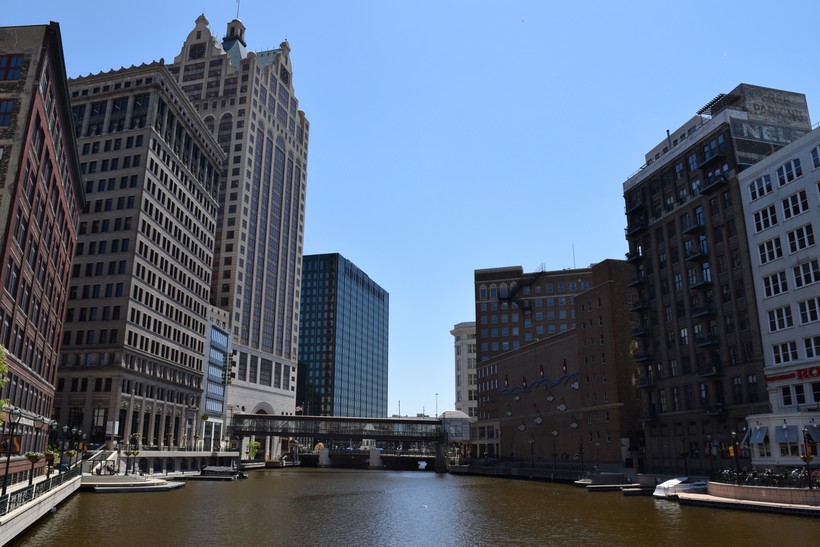 Barrett, Taylor Will Face Each Other On April 7 Election
By Corrinne Hess
Share:

The number of COVID-19 cases continues to increase in Milwaukee and there is a looming economic crisis facing the city because of the novel coronavirus pandemic. This means major challenges ahead for the city's next mayor, which will be determined by next month's election.

Milwaukee Mayor Tom Barrett and his challenger, Democratic state Sen. Lena Taylor, each made the case Monday for why they are the best person to lead the city through the crisis and beyond.

The Wisconsin Policy Forum held a virtual candidate forum with the long-time politicians who didn't agree to a debate, but instead each spoke for about 30 minutes.

Barrett, who has been mayor of the state’s largest city since first being elected in 2004, said now is not the time for a change.

At the time of the forum, Milwaukee County had 627 cases of COVID-19, and 499 of them were in the city of Milwaukee. Of those cases in the city, 271 were African American and 153 were Caucasian, Barrett said, not elaborating on the remaining 75 people who have tested positive. Ten people have died in Milwaukee due to complications from COVID-19 and they were all African Americans living on Milwaukee’s north side.

Taylor, who lives on the city's north side, criticized Barrett for not doing enough.

"We've not had a sense of urgency how we’ve responded to this," Taylor said. "There has not been adequate tracing, or follow up, by the health department. My office has had to help individuals with follow up after they have symptoms and were sent back home. So that is helping the communal spread."

Barrett said even before the first COVID-19 case was discovered in Milwaukee on March 13, he and his administration knew Milwaukee would be hit, so actions were being taken.

Barrett talked about the city — under his direction — moving to close bars and restaurants and issuing a stay-at-home order before being mandated to by the state.

"Every step of the way we’ve been proactive," Barrett said. "I don’t think it’s time to create a task force. This is a world-wide pandemic, and you’ve seen the city respond very, very quickly."

But Taylor said the city needs help from Milwaukee County, the state and the National Guard.

"I will tell you if you look at the mayor’s history, he’s always late to the party," Taylor said. "He has never had a sense of urgency for the people. I’m already working with the county and the state."

Taylor was born in Milwaukee and graduated from Rufus King International High School on the city's north side. She earned her bachelor's degree from the University of Wisconsin-Milwaukee and her law degree at Southern Illinois University-Carbondale. Taylor was elected to the state Assembly in a special election in 2003. She was first elected to the state Senate in 2004 and has served ever since.

Taylor faced scrutiny in 2018 for behavior both in and out of work. Democratic leaders removed Taylor from her seat on the Legislature's powerful budget committee after an employee complaint led to an investigation that found she had bullied her staff. In a separate incident, Taylor was cited by Milwaukee police for using a racial insult during an altercation with a bank teller.

Barrett was raised in Milwaukee and graduated from college and law school at UW-Madison. Barrett served in the state Assembly after being elected in 1984. In 1989, he was elected to the state Senate before he was elected in 1992 to Congress where he served for 10 years. Barrett ran for governor in 2002, but lost to Jim Doyle in the Democratic primary. Then, in 2010, he lost to former Republican Gov. Scott Walker. He also lost to Walker in the 2012 recall.

Barrett and Taylor are also at odds about how next week’s April 7 election has been handled.

On March 22, Milwaukee announced its three in-person early voting sites — Zablocki Library, the Zeidler Municipal Building, and the Midtown Center — would close due to challenges maintaining adequate staffing levels at the sites.

"We’re having more and more workers at our early election sites who are declining to come in," Barrett said at the time.

The Zeidler site located downtown has since reopened as a polling location, Barrett said, not explaining why.

Barrett said he would have preferred to postpone the election, but knowing Gov. Tony Evers does not want to do that, he has been pushing for people to vote absentee.

During the forum, Taylor said Barrett put minorities at a disadvantage by closing the in-person early voting sites.

"If I needed additional poll workers, I would have asked the National Guard, I would have called churches, nonprofits, city and county workers," Taylor said. "This kind of disenfranchisement is unacceptable."