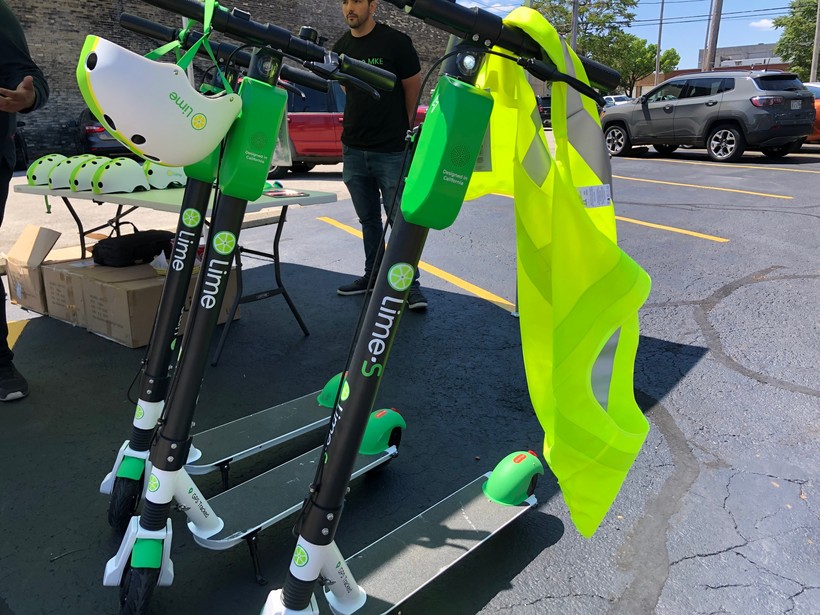 Now that state law allows electric scooters in Wisconsin, the city of Milwaukee is preparing for the sometimes controversial vehicles.

Earlier this month, Gov. Tony Evers signed a bill that would allow electric scooters on state roads. The bill states that scooters would expand transportation options around the state.

The legislation came after a drawn out disagreement with the City of Milwaukee and Bird — the California-based company that dropped 100 scooters in Milwaukee last summer without any warning. The city filed a lawsuit to have the scooters removed due to the fact they weren't authorized under state law.

The city and company reached a settlement in May that would allow the company to bring scooters back once regulations were adopted.

Now that scooters are allowed, the City of Milwaukee's Department of Public Works has introduced the Dockless Scooter Pilot study to test whether riders and the companies that rent scooters are able to navigate city streets and state regulations. The pilot will run until Dec. 31, 2019.

To take part in the pilot, companies will have to have an operations manager working in the city and scooters that can't exceed 15 miles per hour. They'll also have to have safety guidelines that include wearing helmets and not riding on sidewalks.

San Francisco-based Lime has applied for the pilot and launched their first ride academy to show first-time riders how to use the scooters.

On Monday, at the ride academy, Nico Probst, Lime's director of Midwest government relations, said leading with safety is the most important concept of the program.

"A lot of residents haven't ridden a scooter ever before, these community outreach events that we are doing in partnership with the city is a great way to encourage safe ridding habits," he said.

Probst also said the city thought ahead by creating the pilot program to ensure scooters are right for Milwaukee.

"They've been a really, really great partner focusing on smart regulations and having them ready as soon as state law changed," Probst explained.