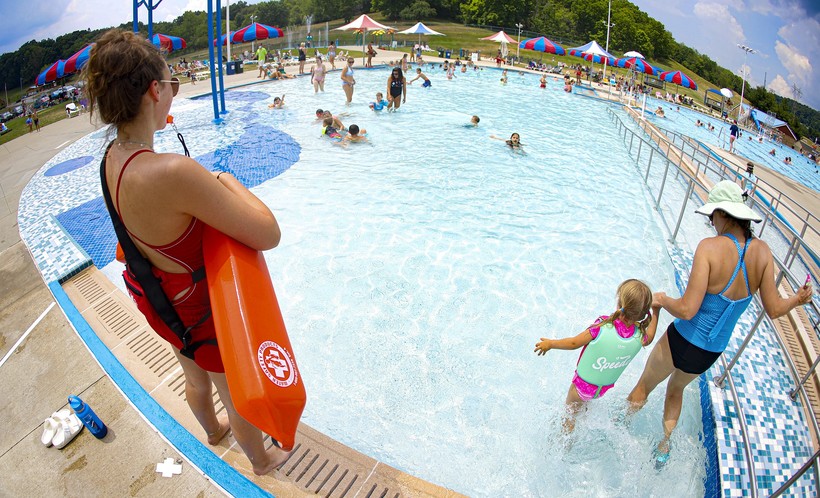 It’s not the first time Wisconsin communities have struggled to find enough lifeguards. But it’s a problem that’s been compounded by the coronavirus pandemic, officials say. For some cities, it could mean fewer pools or later opening dates this summer.

James Tarantino, from Milwaukee County Parks, said the agency is far behind where it wants to be when it comes to hiring lifeguards. During a committee meeting this week, he told Milwaukee County supervisors it could prevent the agency from opening all the pools it budgeted for this summer.

"Reasonably, a good chunk of our workforce left to go find other employment," he said. "I certainly don’t know too many people who can wait a full year after being laid off to come back to be a seasonal lifeguard."

As a result, Milwaukee County Parks is likely to open just four or five aquatic facilities out of more than a dozen this summer, he said.

In addition, the agency hasn’t been able to recruit any lifeguards with open water experience, meaning there won’t be lifeguards at the popular Bradford Beach. Typically, there would be 15 staffers there, Tarantino said.

Milwaukee Recreation, a department of Milwaukee Public Schools, has also struggled to retain lifeguards during the pandemic. Its pools were drained for a full year, said citywide aquatics manager Nicole Jacobson.

Before the pandemic, her team had a staff of nearly 140 part-time lifeguards, swim coaches and fitness instructors. Fewer than 30 of them accepted assignments for this spring.

"It’s definitely a dire situation and, of course, safety is on the line," she said.

The pandemic has also put a damper on recruiting with the shift to virtual school.

"Our strongest recruiting efforts come from in-person, high school lunch hours, where we visit the local high schools and recruit for new staff members to join our seasonal team, especially in advance of our summer season," Jacobson said.

Even before the pandemic, it was more difficult to find high schoolers who could qualify as lifeguards. Milwaukee used to have 10 high school swim teams back when water safety had a bigger presence in local schools, but it’s down to just three, she said.

And across the country, businesses are struggling to find entry-level workers.

"We are competing with a lot of different positions, so that is absolutely a factor," said recreation supervisor Ann Moeller from the city of Green Bay.

It’s been difficult to find enough lifeguards at other times. But in almost 15 years on the job, it’s never been like this, she said. During the pandemic, her team didn’t have any access to pools, so it’s behind on training and recertifications, she said.

She’s still bringing workers on board for this summer and needs about 50 more people. The city’s three aquatic facilities are set to open June 12. She thinks they’ll all open this summer, just maybe not on time.

The city usually hires high school and college students to lifeguard over the summer, she said. The certification requirements are one drawback for some young people, she said. But the city now offers free lifeguard training to applicants. She’s been collecting testimonials from current lifeguards, with plans to compile them into a recruiting video. The city has also raised wages, and it’s offering free uniforms to try to attract more applicants, she said.