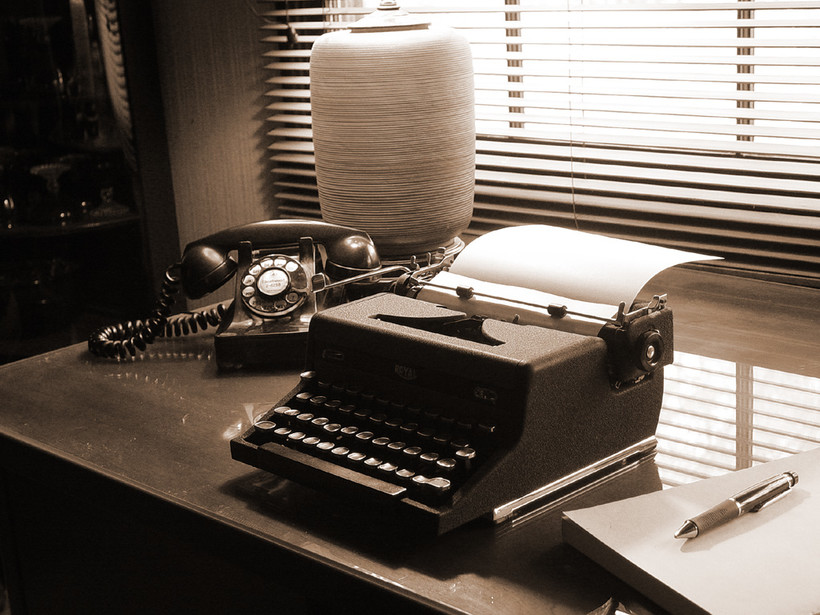 'Milwaukee Noir' Features 14 Original Stories From Those With Ties To The City
By Elizabeth Dohms
Share:

Absent the cynical detective and the femme fatale, Milwaukee is a hub for noir drama. The city's places and events have become the background for a new collection of short stories, "Milwaukee Noir," that is part of a series published by Akashic Books.

With stories ranging on topics such as race, policing, industrial decay and Summerfest, "Milwaukee Noir" editor Tim Hennessy used his knowledge and connections from working in a bookstore to find authors that would contribute original short stories to the collection.

The series, covering cities from Tehran to Seattle, began in 2004 with "Brooklyn Noir." Each story is set in a different neighborhood within the city the book is named for. Fourteen stories in this newest edition are by writers including Jane Hamilton ("The Book of Ruth," "A Map of the World"), Nick Petrie ("Tear it Down"), and Valerie Laken ("Dream House").

On Wednesday night, Hennessy, along with contributors Christi Clancy, Jennifer Morales and Vida Cross, will present "Milwaukee Noir" at Mystery To Me at 7 p.m. at 1863 Monroe Street, in Madison.

Hennessy spoke with host Rob Ferrett on Wisconsin Public Radio's "Central Time" about why Milwaukee was a good candidate for the noir series.

Rob Ferrett: This is the latest in a series of noir collections based in different cities around the world, from Phoenix to Dublin. Why do you think Milwaukee is a good fit for this noir treatment?

Tim Hennessy: Milwaukee was an industrial center and was upended by globalization. We have a rich background and history of having immigration — being a hub for it — and the economic instability that happened once a lot of jobs were lost in the area really changed the city and families. A lot of the ideals that we had, a lot of the concepts of family and job stability really changed. Instead of having wealth, a lot of trauma was really passed from generation to generation. All those different elements are really great fodder for drama. Unfortunately, (it's) not great for a city.

RF: When I think of good noir in books or movies or TV shows, it's usually a combination of looking at the bad stuff and the dark side, but it also comes from a place of love for a city and a hope for it. Is that something that you see coming through the stories in "Milwaukee Noir"?

TH: Absolutely. Everybody that I considered for contribution has a background either living in the city currently or having worked or lived in the city at one point. So they've all gotten a chance to experience what it's like to be here on a daily basis. I think anyone who lives in Milwaukee kind of has that mixed feeling — there's a lot of really wonderful qualities about Milwaukee, but we also have a lot of struggles that we've made some progress on, but it's never quite what we'd all hoped for.

That's kind of a noir sentiment if anything — the kind of resilience that I think Milwaukee has always prided itself on as has always been a great current in crime fiction.

RF: How does noir play out in the 14 stories here?

TH: The stories all basically have more of a character from an on-the-street point of view. We don't have any procedurals. We only have one perspective from an authority figure, but it's all people who really are part of the community and how they experience life and the struggles and the conflicts that happen on a daily basis. Those are all parts of the stories and the different communities are reflected in them.

RF: The stories you collected give us a tour of Milwaukee. What do you hope the reader takes away from that after the book opens and they get their hands on it and go through the stories?

TH: I really hope that people who read it get a sense of what the community is like, what the city's like, as well as get a chance to see what kind of talents we have here. We're usually not the people to toot our own horns, and getting a chance to really put together the first collection of fiction that solely is based around Milwaukee authors was thrilling to me.

As a kid, that was something I really wanted to have. I always grew up looking to see representation of Milwaukee. Hopefully, there are other people who, whether their neighborhoods or their experiences were represented, maybe that will be the creative challenge for them to go forward and think of themselves and their experience in a new way to hopefully lend themselves to their works. 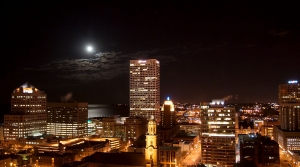 In a new short story collection, writers from around Milwaukee dig into the gritty side of life in the city. We talk with the book's editor about what makes Milwaukee a prime candidate for noir fiction, and how the stories might broaden the definition of the genre.