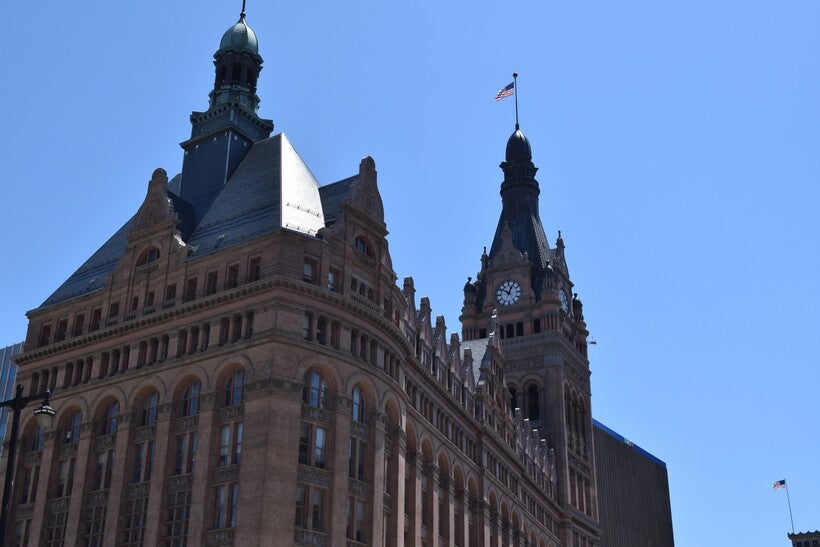 City Only 8th In The Nation To Do So
By Corrinne Hess
Share:

Milwaukee will create a dedicated office for veterans affairs, joining a handful of other cities in the U.S.

Alder Chantia Lewis authored legislation to create the office and the Common Council approved it this week.

Lewis, an Air Force veteran, said the city is already veteran friendly, but could do better. She said the office could be a "one stop shop for veterans."

"There is a need when it comes to disseminating information and providing access to programs, and I believe this office can help tackle those key issues," Lewis said. "As a veteran myself, I completely understand the need for getting access to those services. Government can be a little confusing sometimes."

According to the National Center for Veterans, there are 42,277 veterans living in Milwaukee County and 344,785 living in Wisconsin.

The office of veterans affairs will be responsible for the administration, coordination and implementation of the city’s policies relating to the special needs of the city’s military veteran residents, their families and caregivers, and will be staffed by an executive director.

The job description for that position will be based on what was used in San Antonio, Texas, and that city's veterans office will serve as a model for Milwaukee, Lewis said.

That executive director will serve as a liaison between the city, state and federal agencies and between the public and private sector, Lewis said.

In 2015, the city‘s Department of Employee Relations began tracking military status for employees. They found that 56 of the people hired since 2015 were veterans. That does not include the police and fire departments.

Pam Fendt, president of the Milwaukee Area Labor Council, wrote a letter this summer in support of creating a veterans office.

"Veterans face many unique issues due to the sacrifices they made while serving our country," Fendt said. "It is crucial that we come together as a community to improve the lives of those that risked everything for us."

Earlier this month, Milwaukee Mayor Tom Barrett signed off on a tiny homes initiative for veterans struggling with homelessness.

The effort is being led by Veterans Outreach of Wisconsin and Lewis.