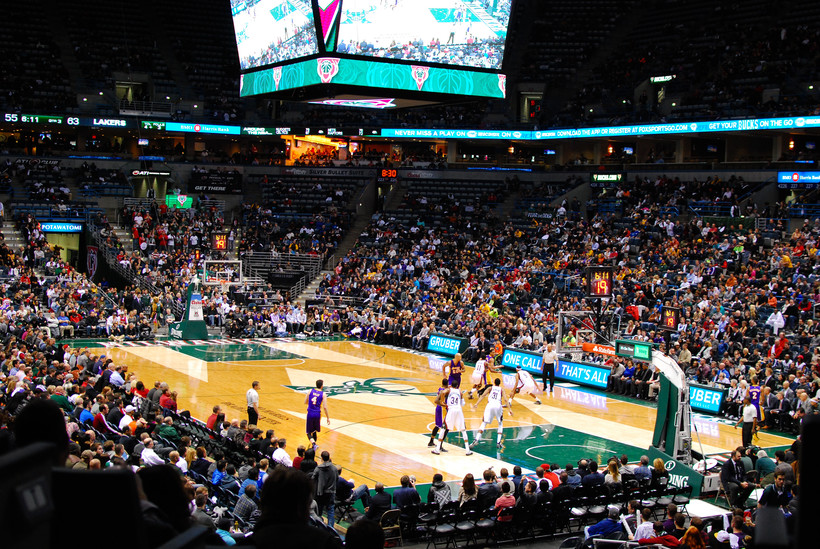 State Senate Could Vote On Funding Plan As Early As Wednesday
By Bill Martens
Share:

While it’s not clear whether state lawmakers will ultimately go along with a plan to use taxpayer money to help pay for a new Milwaukee Bucks arena, one business community leader is expressing optimism.

"We feel confident that we will get to a resolution that allows the City of Milwaukee to move forward with a significant development, a new arena, and the state will benefit significantly from that development," said Metropolitan Milwaukee Association of Commerce President Tim Sheehy.

The arena is estimated to cost $500 million. Current and past owners have pledged $250 million toward the project. The public would be on the hook for the remaining half. Under a financing package unveiled in May, the state and Milwaukee County would each pay $55 million, the City of Milwaukee would provide $47 million and the Wisconsin Center District — which oversees certain downtown Milwaukee venues — would supply $93 million.

The state’s portion would come in the form of $4 million a year for 20 years, which would also cover interest payments.

Not all 19 Republicans in the state Senate support the plan, so Majority Leader Scott Fitzgerald is seeking help from at least three or four of his 14 Democratic colleagues.

A vote could come as early as Wednesday.

In the Assembly, where Republicans hold a 63-36 advantage, Speaker Robin Vos said he needs support from 10 to 15 Democrats.

Sheehy had a message for legislators Wednesday morning: "Help the state grow its tax base, keep a strong partnership with Milwaukee because it’s important to the state’s balance sheet, and help us create tens of thousands of jobs and continue to put Milwaukee in a position where it can be globally competitive, because that’s good economics for the entire community."

However, Keisha Krumm, the lead organizer of the southeast Wisconsin community advocacy group Common Ground, said while she supports the Bucks, she is opposed to efforts to tap the public’s pocketbook when the team’s owners are worth billions of dollars.

"We don’t believe that the Bucks owners need our money," Krumm said.

Rather, she encouraged lawmakers to tell the Bucks to follow the model used by the Bay Area's Golden State Warriors and fund the entire project with private financing. The Warriors are planning to build an 18,000-seat arena in San Francisco at a cost of $600 million — with their own money.

Krumm also said the team doesn’t "deserve" taxpayer support. She called out co-owner Wes Edens for his majority stake in Nationstar Mortgage, which she said holds 300 foreclosed homes in the city that are deteriorating and reducing nearby property values.

"Mr. Edens’ company is blighting our neighborhoods," Krumm said. "We believe our mayor and Common Council have a moral responsibility to get an investment from Nationstar of at least $25 million before the vote on the city’s package of giving money to the arena."

The Bucks’ lease at the BMO Harris Bradley Center expires at the end of the 2016-17 season. The NBA has said that if a new arena is not built by Nov. 2017, it will exercise its option to buy the team and move it to another city. Seattle and Las Vegas are said to be the two most likely possibilities.

Editor’s note: "The Big Question" can be heard each Wednesday at 7 a.m. on the Ideas Network of Wisconsin Public Radio.