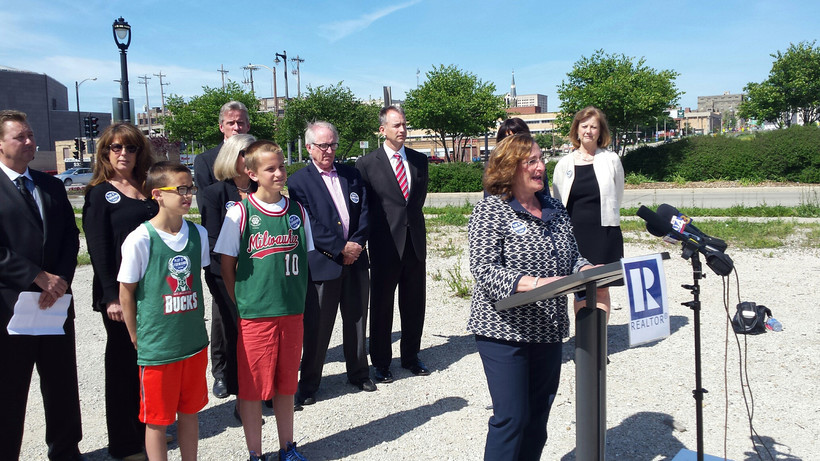 A coalition of realtors and contractors express their support for the Bucks arena financing plan.

Republican Lawmakers Are Deciding Whether Plan Should Be Included In Budget
By Chuck Quirmbach
Share:

Among the pro-arena business leaders at a news conference Wednesday was prominent commercial realtor Jim Barry. He said a new arena would be a big economic boost for Milwaukee's downtown, and would create thousands of jobs.

Barry said he understands lawmakers seeking clarity on some details of the governor's financing plan, but he nevertheless urged them "to make their decision in a broader and more strategic context than the petty politics that often go into these types of decisions."

Republican lawmakers say they're still deciding whether to keep the Bucks financing plan in the state budget. Barry said realtors and contractors can support the arena package as part of the budget, or as a separate bill.