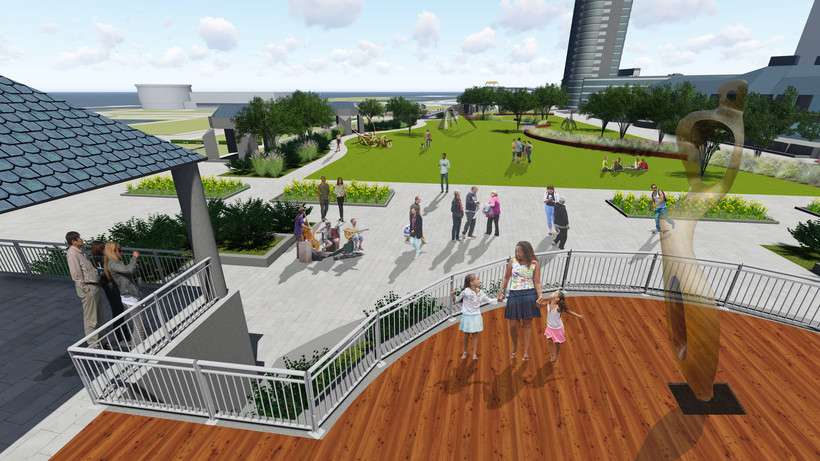 The Milwaukee Art Museum will take over ownership of its lakefront buildings and a nearby garage from Milwaukee County in a deal announced this week.

The property that's part of the deal is estimated to be worth nearly $29 million.

The museum won't pay cash for the structures. Instead, museum officials will take responsibility for the maintenance and repair of the buildings that house the art museum, the War Memorial Center, a garage, and a plaza that sits on top of the parking structure.

The county parking garage brings in from $1 million to $1.5 million a year, and most of the art museum's roughly 400,000 annual visitors use the garage and public plaza.

"Milwaukee County taxpayers are relieved of a long-term debt obligation, the museum controls its own destiny around the buildings it will now have, and there's an income stream from the garage that provides the funds to make the repairs," said Dan Keegan, the museum's director.

The museum plans to turn part of the plaza into park space that will include a sculpture garden. Making the space open and attractive to the general public could draw more visitors to the museum and lakefront in general, Keegan said.

"The lakefront is such a beautiful destination in and of itself, but we also know that if it lacks connecting links to the community — in this case to downtown — it doesn't work so well. It can actually become a barrier," he said.

County supervisors are set to take a final vote on the deal next week. They rejected a plan to sell the plaza to Northwestern Mutual in 2014. That plan would have ended public access to the space, which sits on a bluff above the lakefront.