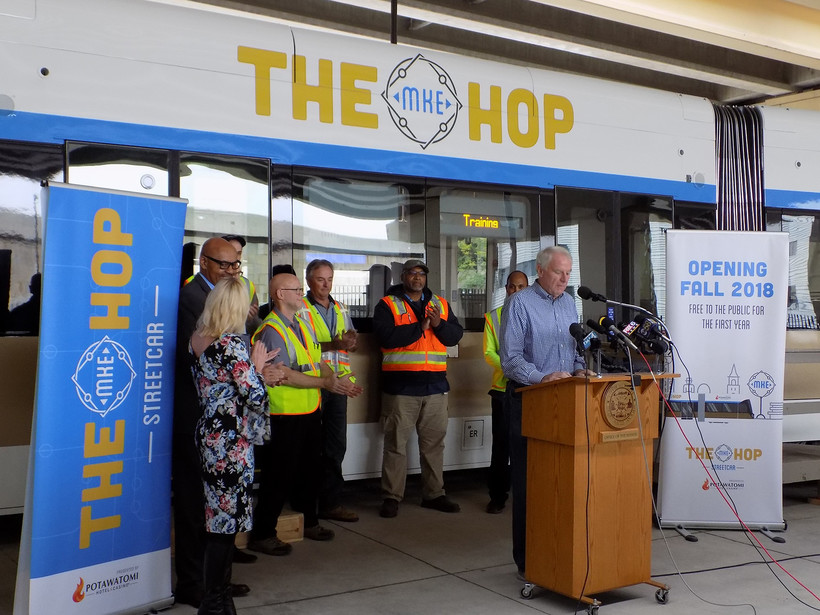 Mayor Confident Critics Of 'The Hop' Will Come Around
By Ximena Conde
Share:

The four-car trolley line — a fifth car is on hand as backup — will be free for its first year because of a 12-year, $10 million sponsorship deal the city struck with the Potawatomi Hotel and Casino.

The $128 million project is funded through federal and local dollars and will run every day of the week. 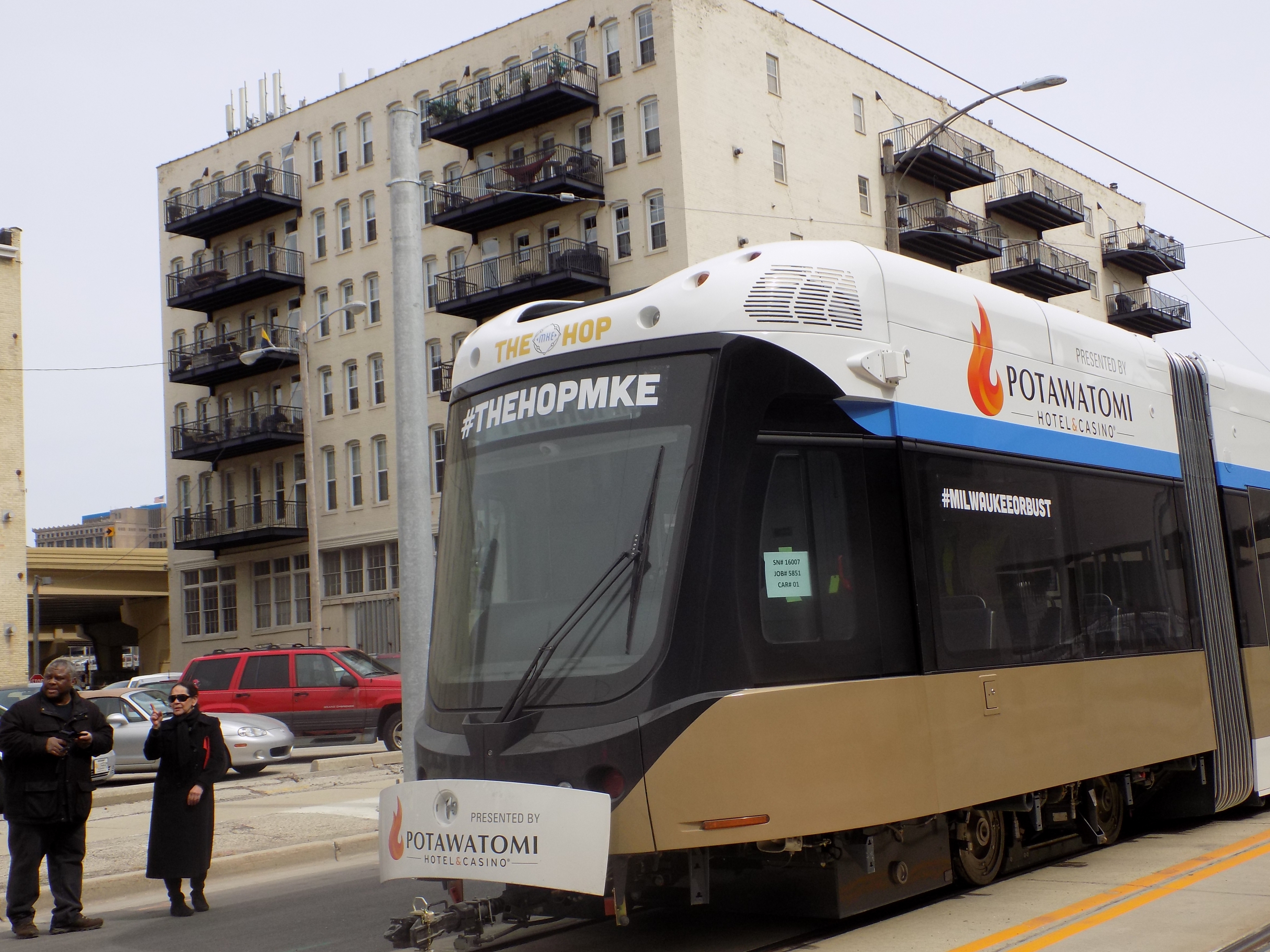 Barrett has been one of the streetcar’s biggest supporters amid criticisms from city leaders and residents over safety and cost.

While announcing the official start of streetcar service, which will be celebrated the weekend of its launch with entertainment at Cathedral Square Park, Barrett said leaders in Portland, Oregon warned him there would be skeptics, on a trip to the city to learn about their streetcar system.

"They explained to me that this would be controversial until it began and they were correct," he said. "But they also said that once it starts running the debate would change and it would change to 'how can we extend this to our neighborhoods?'"

Barrett said he thinks the people of Milwaukee will give the streetcar a chance, especially when it’s free.

Still, he admits sharing the road may take some getting used to. Cyclists and at least one motorcycle rider have reported getting injured on the tracks.

"I would have more concerns if we were the first city to have a streetcar or light rail but there are literally dozens of cities throughout North America that have streetcars or light rail and they’ve addressed those safety concerns," Barrett said, adding there are practical ways for people to avoid injury, including approaching streetcar tracks at a 90 degree angle. There are more safety tips on the streetcar's website.

There are 18 stops in this first operating streetcar line. The streetcar is expected to arrive at stops every 10 to 15 minutes. A separate line that will serve stops along the lakefront is expected to be operational in 2020.