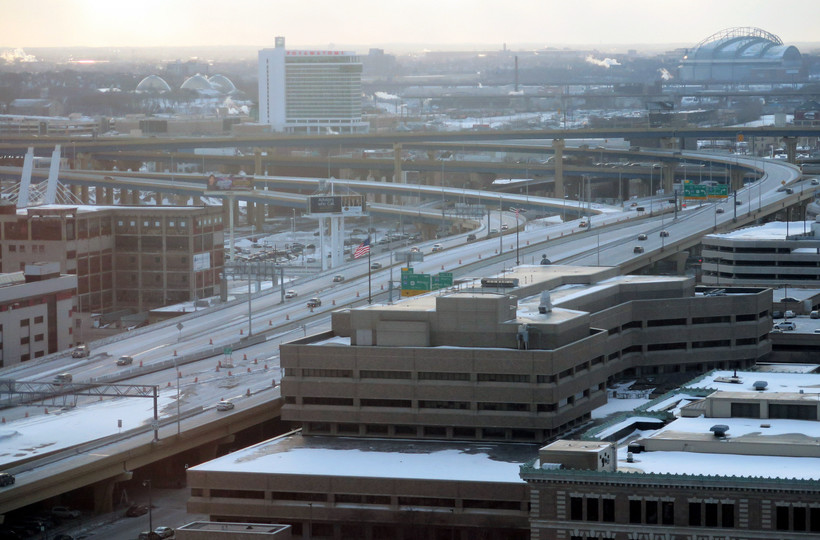 In this Feb. 18, 2015 photo, vehicles pass through Milwaukee on Interstate 94. Carrie Antlfinger/AP Photo

Changes are expected in Milwaukee’s federally funded lead abatement program, but until those changes are made, all projects under the program are on hold.

The U.S. Department of Housing and Urban Development funds projects that are a part of the Milwaukee’s Childhood Lead Poisoning Prevention Program, which helps replace windows with paint chips and other lead hazards in homes.

HUD issued what's called a stop work order on all the program's projects Monday, meaning projects will only be able to move forward with special HUD approval until the city makes changes ordered by the agency. All those changes have yet to be determined, but according to city officials, less than a dozen projects were underway when the order was issued. The officials say HUD's nearly $4 million grant in question was issued in 2016 and the city won't be losing any portion of those funds because of the order.

"We’re going to make sure that the contractors do all of the work, not rely on the homeowner to do any of the work," Barrett said. "What that means is that there will be fewer homes but the homes that are being done will be done more completely."

HUD reviewed the city’s lead abatement program at Barrett’s invitation. They were given the health department’s internal audit of the program which described years of mismanagement.

Joseph Galvan, HUD’s regional administrator, said the findings of the report were not a concern.

"I would have been concerned if nothing was happening," Galvan said during a visit to Milwaukee. "But the mayor has been proactive with his staff to address the issue and HUD has been working with them to make sure the issue is addressed properly."

Galvan and Barrett spoke to the good working relationship HUD and the city had.

More information on the conditions the city will have to meet in order to resume work on lead projects is expected in the coming days.

Milwaukee's lead abatement program has already forced changes in the city's health department. Health Commissioner Bevan Baker stepped down in January after city officials couldn't confirm they had followed up with lead-exposed children.

Barrett’s pick for an interim commissioner was turned down by the Milwaukee Common Council, which later used its emergency powers to nominate and appoint Patricia McManus as the agency’s temporary leader.

Barrett has yet to sign off on the interim commissioner’s appointment.