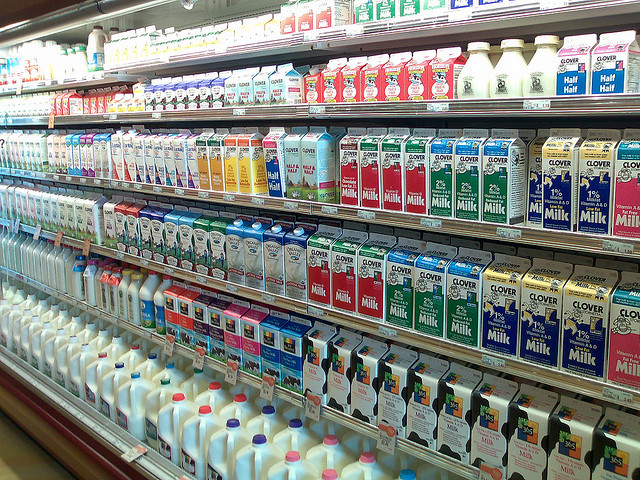 2014 has been a year of record-high milk prices. Photo: Stephanie Booth (CC-BY-NC-SA).

Dairy economists are expecting a decline in milk prices — a downward trend that comes after a year of record-high prices.

2014 has been a great year for milk producers throughout the state. Strong demand domestically and abroad, as well as falling feed prices, has helped keep prices high and balance sheets in the black. But the honeymoon may be over: Mark Stephenson, the director of dairy policy analysis at University of Wisconsin-Madison, expects milk prices to drop.

Stephenson said he expects 2015 to be a much more normal year in terms of milk prices. The concern now, he said, is whether milk production slows down enough to make 2016 another normal year.