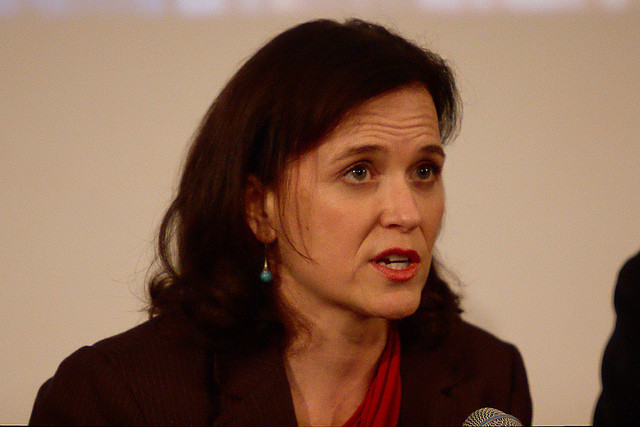 Betsy Hodges was one of the mayors to attend the meeting in Milwaukee. Photo: Michael Hicks (CC-BY).

The shooting death of a Milwaukee man this week has pushed the state's gun homicide total for the year to 84.

News of the death came as a few Midwest mayors met in Milwaukee to discuss ways to reduce gun violence. Milwaukee Mayor Tom Barrett said that gun violence in Wisconsin continues to have a disproportionately large impact on the black community.

“When you look at the violence particularly among young African-American men, they are seven and a half times more likely to be a victim of violent crime in this city,” he said.

Barrett said he's pretty much given up on the federal or state governments passing tougher gun laws like criminal background checks for private or online gun sales.

Oak Creek Mayor Steve Scaffidi, who dealt with the Sikh temple shootings in his city two years ago, said there is public support for those restrictions.

“When 90 percent of the population supports that, what kind of a world do we live in where elected officials aren’t brave enough to say, 'We've got to do something about that’?” said Scaffidi.

The mayors said that if others lack political courage for tough votes, another route to reducing gun violence may be education and persuasion. Minneapolis Mayor Betsy Hodges said more businesses may be realizing the damage gunfire may cause.

The mayors and others at Thursday's forum agreed that guns seem to be everywhere. Milwaukee police have seized nearly 1,500 illegal guns so far this year.