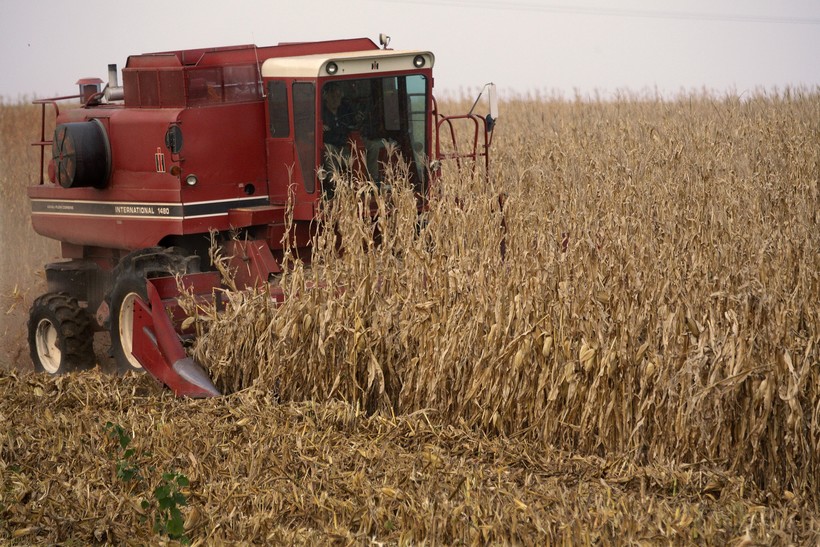 Midwest Has Always Been More Than Flyover Country, Historian Argues

'The Heartland' Covers History Of The Midwest From 19th Century To WWI
By Mary Kate McCoy
Share:

In her new book "The Heartland," historian Kristin Hoganson looks to challenge stereotypes that the Midwest is "insular, provincial, simple," or perhaps even worst — flyover country.

Hoganson, who spent her life on both the coasts before taking a job at the University of Illinois, Urbana-Champaign, says that couldn’t be further from the truth.

Their interview has been edited for brevity and clarity.

Rob Ferrett: This idea of the heartland, when you start to think about it, it's hard to pin down. Could you try to get a handle on it for us?

Kristin Hoganson: The heartland I think is often understood through the lens of stereotype and myth. And the leading assumptions hold that it is profoundly local — and I'm speaking specifically of the rural heartland — isolated and is a place that can be regarded as the ultimate national safe space. So I tackled those ideas in my book and in fact end up turning them quite inside out.

RF: We hear a lot today that idea of the small-town part of the Midwest as this place that has been the same for a long time, and only now — whenever now is — is it encountering this change and getting roped into the world for better or for worse. But it's always been at that intersection between static and this changing world.

KH: Exactly, that is a major point of the book. It’s a history account and the time period I cover starts in the early 19th century and goes through WWI, which is typically thought of as a profoundly local time.

Even if you stretch back and do the long backstory of the modern Midwest, it has always been shaped by histories of mobility and connection. If you start with the indigenous people who lived in central Illinois, they were highly mobile over long periods of time and also seasonally … and then subsequently when the pioneers settled the state, they were people who, by definition, came from somewhere else and they continued to travel quite widely.

For many years the bedrock of the economy was agricultural, and it still continues to be very important, and export markets have always been profoundly important to farmers. From the beginning they had absolutely no intention of being self-sufficient. They were always ambitious for global markets and were an aggressive foreign policy constituency for expansionist policies starting in the 19th century.

RF: An interesting story you tell is how American pigs were not in favor in the British Empire and it was a key turning point in our economy when the British Navy finally started using these pork products.

KH: I just love this story, it was so unexpected. The pioneers brought pigs with them but they were nasty animals that could survive on their own in the woods and so forth. And they weren't very profitable. And the farmers of the Midwest wanted to reach the more lucrative markets of Europe. And they realized that to access them they had to have a better pork product.

The most popular pig for a while in the 19th century was the Berkshire hog … and they were crossbred with English pigs and that produces just an unprecedented line of hogs. It became all the rage in the United States, enabling farmers to produce a more competitive pork product.

And then the meat from the British ancestry pigs ended up feeding the British military, feeding British emigrants to places like New Zealand and Australia on those long distance trips, and producing more emigration because British farmers were out-competed and many of them ended up becoming settler colonists moving to places like the United States.

RF: Can you talk a little bit about how dramatically the landscape changed from one period to another in your part of the heartland?

KH: So that was another astounding thing I discovered. The wet prairie was called the wet prairie for a reason. And the part of the state that I live in was basically swamp until the pioneers came, and then they needed to separate land from water to be able to plant things like corn.

So they embarked on major engineering works in which they dug ditches and then they laid tiles beneath the soil that fast track the water into the ditches and then ultimately out to the Mississippi and down to the Gulf of Mexico. They laid millions of tiles in Illinois, enough to circle the earth six times if laid end to end.

So we're talking about some of the most significant engineering works in U.S. history that most people don't know about, but nonetheless they're there and have massively transformed the ecology of the region, turning it into one of the richest sites of agricultural production in the world today.

The Myth And Reality Of The Heartland 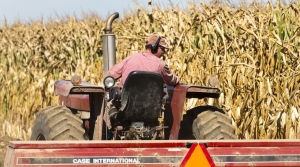 A historian who previously lived on both U.S. coasts moved to the Midwest with certain assumptions and expectations. What she found was much more nuanced and complex than she anticipated.