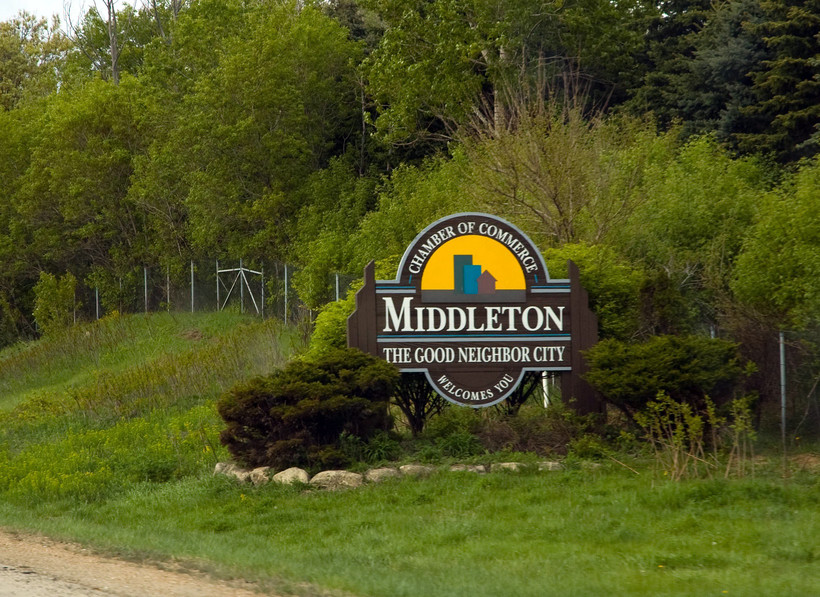 Two high schools in the Middleton-Cross Plains Area School District cancelled classes on Wednesday after receiving “serious and specific threats” — yet another incident in a tumultuous few weeks of threats and violence in schools around the state.

Middleton High School and Clark Street Community School were closed Wednesday, the school district announced on Facebook. Elementary and middle schools were open but had an increased police presence.

The threats were made on Instagram, Middleton schools spokesperson Perry Hibner wrote in a message to staff and parents. They referenced Clark Street Community School and a planned walkout to raise awareness of sexual harassment and assault. 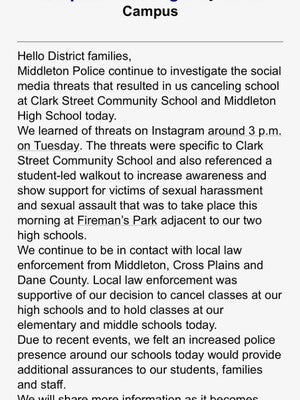 A screenshot of the message sent out to staff and families about the school closures in the Middleton-Cross Plains Area School District on Dec. 11, 2019. Miranda Suarez/WPR

The Middleton Police Department is investigating.

Edward Dorff, executive director of the Wisconsin School Safety Coordinators Association, said leveling threats against a school is serious, regardless of the credibility of those threats.

"They're extremely disruptive to schools, they disrupt the educational process, they create stress and anxiety. They're just things that aren't funny at all," he said.

Dorff said that based on anecdotal evidence, social media threats seem like they’re increasing in frequency.

School districts in Nekoosa, West Bend, Greenfield and Marshfield have all dealt with possible threats in the past two weeks.

In November, police investigated a possible shooting threat in Greenfield and determined there was no danger, but school officials still decided to cancel classes at the high school the next day.

"Under those conditions, it just was a very tense period of time, and felt that we needed additional time on top of that just to fully vet the sincerity of the threat and to verify that it was not credible," he said.

Kapocius said this was not the first debunked threat Greenfield schools have received and that people are treating threats more seriously than before.

"We've just seen more frequency of school violence, and therefore we want to err on the side of being exceptionally cautious," he said.

Police shot a high school student in Waukesha last week after he allegedly pointed a pellet gun at officers.

The next day, police shot an Oshkosh student who allegedly stabbed an officer.