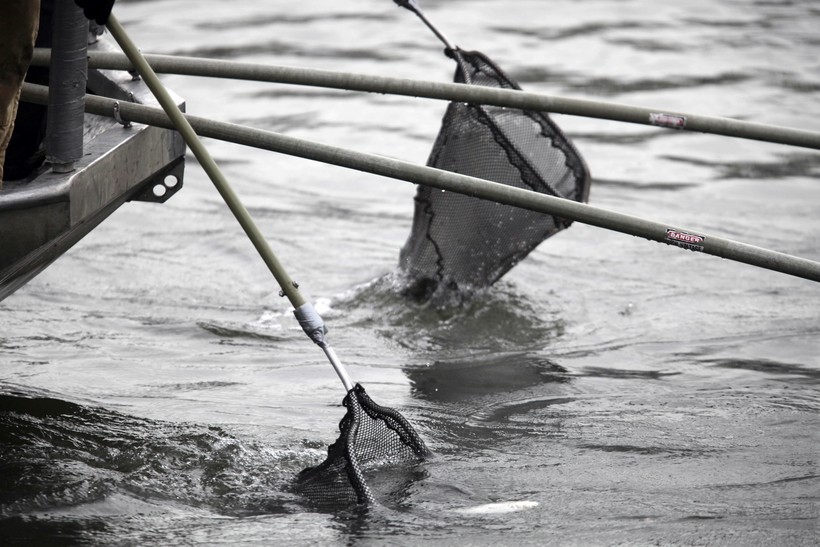 Funding To Pay For Preconstruction, Engineering, Design Of Barrier System At Brandon Road Lock
By The Associated Press and Danielle Kaeding
Share:

Michigan says it remains willing to contribute $8 million toward initial stages of a project to prevent Asian carp from reaching the Great Lakes.

Michigan Department of Natural Resources Director Dan Eichinger affirmed the commitment Tuesday in a letter to the U.S. Army Corps of Engineers.

The funding would pay for preconstruction, engineering and design of a planned barrier system at the Brandon Road Lock and Dam near Joliet, Illinois.

The location is a choke point where bighead, silver and black carp could be blocked from migrating to Lake Michigan through Chicago-area waterways.

Congress has been asked to cover most of the project's $778 million cost.

Officials say the urgency was underscored by a recent announcement that 76 out of more than 400 water samples taken beyond Brandon Road had tested positive for Asian carp DNA.

Officials with the U.S. Fish and Wildlife Service and Illinois DNR say that’s a much higher concentration than in other places where Asian carp are more abundant.

The positive results followed a rain event and pumping of wastewater from a huge sanitary sewer district serving the greater Chicago area.

A follow-up sampling round is underway for the invasive fish now for the next two weeks, but so far no live carp have been found.