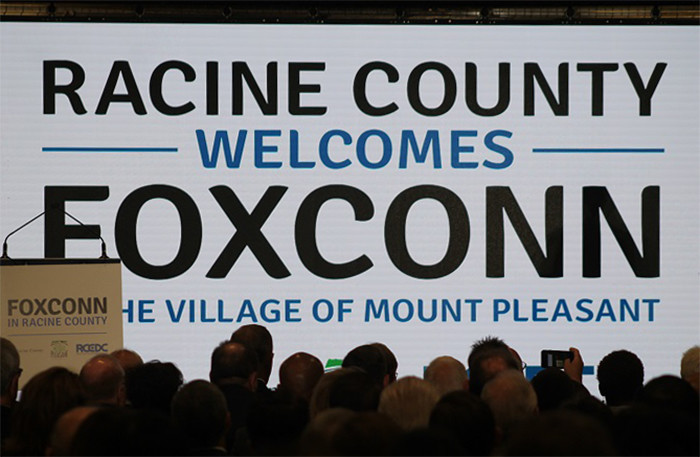 Democratic Challenger Says It's Corporate Welfare, GOP Rep. Who Supported Deal Says It's Not A Subsidy
By John Davis
Share:

Is a state of Wisconsin incentives package for Foxconn a corporate subsidy paid for by taxpayers or a measured tax break based on job creation?

That’s one of the issues that arose at a recent debate for the 29th state Assembly District in western Wisconsin.

The district includes parts of Dunn and St. Croix counties in western Wisconsin and has been represented for one term by Rep. Rob Stafsholt, R-New Richmond, a farmer and small business owner.

As a fiscal conservative, Stafsholt said he opposes the idea of most subsidies, but he does understand the occasional need for one.

Stafsholt called the Foxconn issue his toughest vote of his first term, although he doesn’t think the incentives package is a corporate subsidy.

"The way I got to be a 'yes' on that vote, because I did vote for it, was because it’s a kind of a tax break as they go," he said. "It’s a measure of if we provide X amount of jobs, then you get X tax break. It’s not a blanket statement. We don’t actually write a check and send a check. It’s a tax break, but they have to prove themselves. They actually have to provide the jobs. They have to hit benchmarks and earmarks, or they don’t get a dime."

One of Stafsholt’s opponents, John Calabrese a Democrat from Menomonie, said the Foxconn deal amounts to corporate welfare fraud. He said too many corporations are getting government support because of the influence they receive from campaign donations.

"I’ve tracked the flow of money in politics for the last decade. It is corporate welfare that’s handed out to the well-connected people at the national and at the state level," he said. "You can draw a direct line to most of the companies that get these tax breaks and incentives and subsidies to how much money they pour into politics."

Calabrese owns his own carpentry shop and has been a legislative director for a volunteer organization that tracks money in politics. He ran unsuccessfully in the Democratic primary for the 10th state Senate District last year.

Calabrese said the $4.5 billion state incentives package for Foxconn would be better spent on helping with small start-up businesses and farmers who are struggling.

The candidates also talked about the issue of climate change and the idea of encouraging the use of more renewable forms of energy like wind and solar power.

"When you have a (state Department of Natural Resources) that is not allowed to use the term climate change and they’re supposed to be researching what is best for the state going forward, then that’s a big problem," he said. "We have to first acknowledge the problem and work toward things to mitigate it ... We can lead the way in solar installation and in wind farms."

Calabrese said he favors a sensible approach to creating more renewable energy and wants the state to help people working in the fossil fuel industry with job training.

Stafsholt said he's encouraged by the rapid improvement in technology for renewables like solar and has been impressed by the efforts of a rural electric cooperative in his district to use more renewable energy.

"We’ll always probably, I think, still have to have some fossil fuel back-up. But I think it's really amazing some of things we're going toward and I support all those initiatives to do renewable energies as long as they're cost effective and don’t require taxpayer subsidies," he said.

Libertarian candidate Brian Corriea of Wilson is the third candidate on the 29th Assembly District's ballot, he did not participate in the debate.

The general election is Nov. 6.