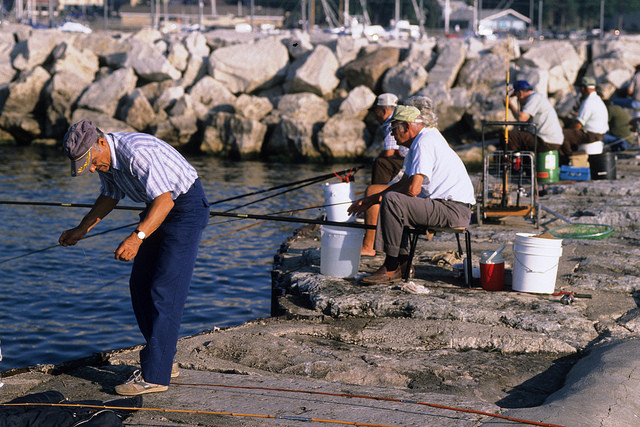 Mercury levels in walleyes in northern Wisconsin are increasing in some lakes and decreasing in others. The new study by the Great Lakes Indian Fish and Wildlife Commission is not completely consistent with other studies.

GLIFWC is in its second year of a three-year grant from the Great Lakes Restoration Initiative, a federal program dedicated to cleaning up and restoring habitats.

Environmental Biologist Sara Moses says that for the first time in six years they can put together a new map, which gives individual fish-consumption advisories by color-coding more than 300 inland lakes. "We had 10 that had slightly stricter consumption, meaning that we're finding that the mercury levels are a little higher than when we tested before. But at the same time, there's 11 that are slightly less strict, so it's really 50-50."

Moses says GLIFWC has been sampling fish for mercury for nearly a quarter of a century. They're also comparing findings with Michigan, Minnesota, Wisconsin and the EPA. Some of those studies show mercury on the increase. "It's good that they haven't been going up steeply, but even at the lower levels we see now compared to say, in the '70's and '80's when they were really at their peak, they're still high enough to trigger consumption advisories in just about every state in the nation. So we really hope to someday get to the level where there's unrestricted fish consumption."

Moses believes stricter emission controls are decreasing the amount of mercury coming into the Great Lakes from the air, but she says researchers are not finding a similar decline in mercury in the fish.